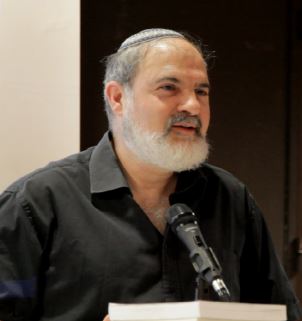 As part of the day of sudy Vox Aurea-Via Sacra 2014, dedicated to sacred Jewish music, Marc-Alain Ouaknin. Rabbi, philosopher and teacher in the faculty shares a reflexion about the Chasidic singing and its relation with faith …

Chasidism, inaugurated in the middle of the XVIIIth century by the Baal Chem Tov and his disciples, sought to offer to the Jewish people a real rebirth. It was no longer question to create scholars or PhD’s in biblical studies, but to allow to men and women of this generation to regain their dignity. Poor yes, but worthy. And each one could become prince and princess, king and queen in each family, in each village and aimed to embellish Judaism with singing, dancing and telling stories.

Man and his world revived ! Spring had a meaning : it was no longer only the time of the celebration of Passover and its scholar and complicated laws, but also the time of blooming almond trees, of days getting longer, of the birds’ singing coming back. Thus Chasidism and its Masters got out of the “consolation theology” so well described by Nietzsche, one century later with his famous sentence « Cadavers ! You’ll come later ! »

The writings published by Marc-Alain Ouaknin are an endless source of information on Jewish tradition. They are full of unexpected comparisons between this tradition and more contemporary currents of philosophy and literature. It gives other resonance to tradition

Learn more on the program of conferences and concerts of the 3rd edition of Vox Aurea-Via Sacra dedicated to sacred Jewish music.