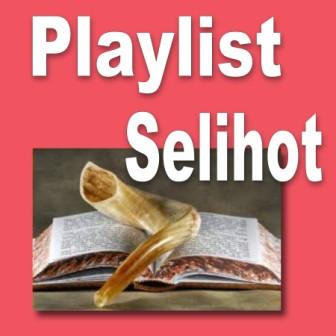 A selection of selichot performed by Alberto Funaro, Bruno Polacco, Aldo Perez, Fernando Belgrado and the singers and faithful of the Maggiore and Spagnolo temples of Rome

The following playlist features a selection of selichot performed in various Italian rites. Italy has the oldest Jewish community in Europe. The installation of Jews in the peninsula dates supposedly from the uprising of the L’implantation des juifs dans la péninsule remonterait à la révolte des Maccabees (175 – 140 before our era). their presence becomes important in the Roman empire in – 63, especially in Rome where they perpetuate their rite (called italki) which comes neither from the Ashkenazi, nor from the Sefardi realm. In the 11th century, Romaniote Jews and Ashkenazi settle in Venice and Padova. At the same time, the Jewish communities from Southern Italy prosper until the 13th century, controlled by the Byzantine empire. After the the final expulsion of the Jews from France in 1394, the communities of French rite gather in Piedmontese towns of Asti, Fossano and Moncalvo where they maintain their own rite, called minhag apam or afam. Around the same period, Jews from Provence settle in Sardinia. At the end of the 14th century, Italy – and particularly Livorno and Venice – becomes a welcoming land for many Spanish Jews fleeing the forced conversions.
With the Sefardi immigration, the Italian Jewish community forms its final and original composition, with the cohabitation of three communities that keep their disctinctive characteristics : Italian Jews or italki, who come from the community established under the Roman empire, Ashkenazi Jews who come from Germany and France, Sefardi Jews that come from Spain since the persecutions and the expulsion, and finally the Romabniotes Jews who come from the Balkans. Because of the establishment of the ghettos, they lived and built their synagogues one next to the other. Their number counted then 50,000.
After the second world war, many Jews from Libya, Iran, and in a smaller extent, Eastern Europe, settle in Rome, Milan and Livorno, where they continue to perpetuate their rites.