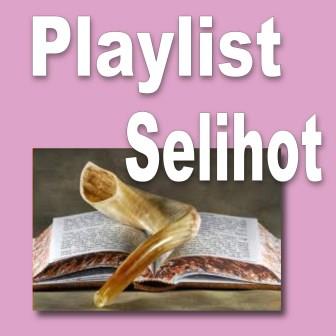 The following playlist features a selection of selichot that come from the Ottoman Empire, performed by famous singers, such as Haïm Effendi (1853-1938) and Isaac Algazi (1889-1950).
Haïm Effendi was born in 1853 in Edirne (historically known as Adrianople), one of the most important cities for Sefardi religious music in the Ottoman Empire. The growing record industry in the beginning of the 20th century kept traces of his incomparable voice.
Son of the cantor Salomon Algazi, Isaac Algazi was born on April 24, 1889. After having studied religious and secular music, he became the cantor of the Beit Israël synagogue in 1908. he moved to Istanbul in 1923 and was appointed cantor and music teacher in the Sefardi “Italian” synagogue of Galata (Istanbul) in 1929. Between 1909 and 1929, Isaac Algazi recorded many Sefardi tunes for important music labels (Columbia, Favorite, Gramophone, Odeon and Pathé). In 1933, he settled down in Paris where he worked for the great synagogue of la Victoire. Then in 1935, he moved to Montevideo, in Uruguay, where he stayed until his death in 1950.
Apart from these two renowned performers of Ottoman cantorial art, this playlist features field recordings done by the musicologists Edith Gerson-Kiwi et Jean-Claude Sillamy. Finally, you can hear several modern versions of selichot from CD’s or audio cassettes by Izzet Bana who was born in Istanbul in 1950 or from the singer Hadass Pal-Yarden.