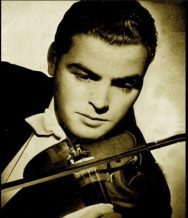 Paul Toscano was a gypsy violinist and conductor, known in France and Europe in the second half of the twentieth century.

We know relatively little about the artist, except that at the time, he was in great demand for the animation of Jewish weddings.
At the end of the Second World War, while gypsy music was still very present in Parisian cabarets, Toscano was one of the pillars, alongside other musicians such as Yoska Nemeth or Mirko Layosh. Among the cabarets that Paul Toscano performed in were the Dianarzade between 1951 and 1952, and the Rasputin, in which he directed the gypsy orchestra. 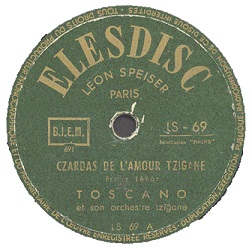 The phonographs was still in its infancy, and there were few recorded testimonials to his music. However, we note the recording of some titles under the label Elesdisc, in the late 40s label created by Leon Speiser in his Yiddish bookstore, 34 rue des Rosiers, Paris 4th arrondissement.

By the end of the forties, he won the first prize for “genre music”, a category rewarding works on the 78 RPM discs around the 1930s, and being performed by small, typical orchestras.

Moreover, Paul Toscano appeared for the first time in the cinema, in 1947, in the film Quai des Orfèvres by Henri-Georges Clouzot. He also played a role in André Berthomieu’s Scenes de ménage, in 1947, in Claude Berri’s Mazel Tov ou le Mariage, in 1968 and finally in Robert Hossein’s Le Caviar rouge, in 1986.

Read the article Release of the first CD box-set from the “Archives” collection – 6 CD of post-war Yiddish cabarets, edited by the EIJM’s editions

Purchase the 6 CD boxset on the EIMJ’s online shop

Browse our archives on Paul Toscano 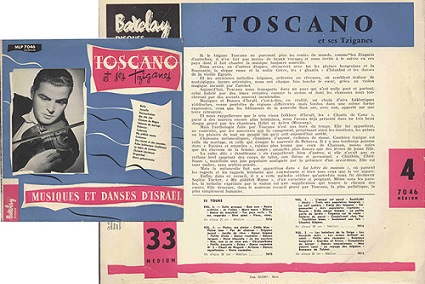 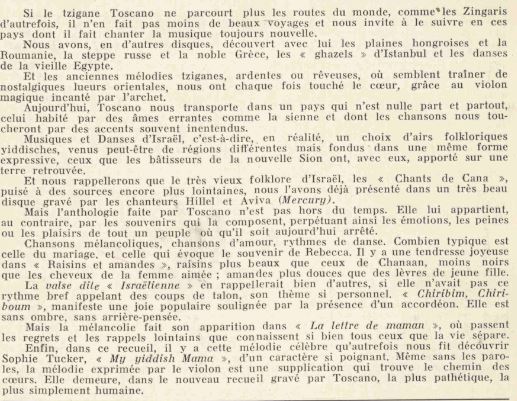