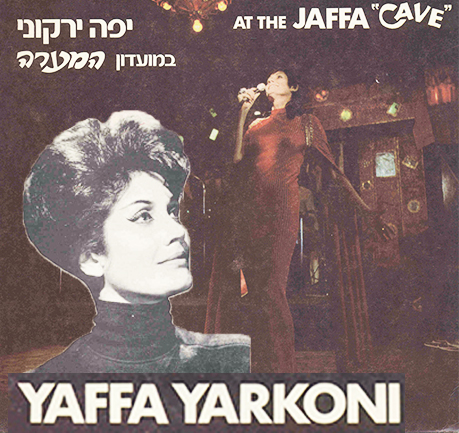 “songstress of the wars”

A selection of the best songs by Yaffa Yarkoni, Israeli singer

Yaffa Yarkoni was dubbed Israel’s “songstress of the wars” due to her frequent performances for Israel Defense Forces soldiers, especially in wartime.

In the 1950s, Yaffa Yarkoni was considered to be the most influent singer in Israel, recorded many discs, mainly with the music label Hed Arzi. She was the first woman to record a complete album of songs by Naomi Shemer (Shirim mi-Kinneret).

During her carrier, she wrote approximately 1400 songs (some say even more) and recorded over 60 albums, in an impressive range of varied styles and rhythms.