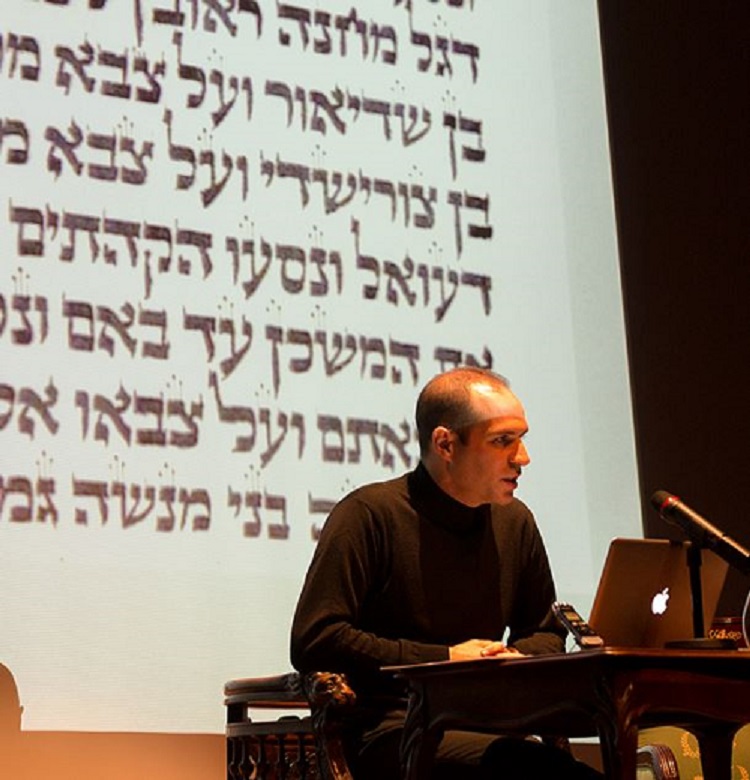 As part of the day of study Vox Aurea-Via Sacra 2014, dedicated to sacred Jewish music, Jean-Philippe Amar, PhD in ethnomusicology and teacher of music education at the Paris academy, develops in this symposium the evolution of the cantillation during the reading of the sacred texts…

Since the 5th century before the Christian era, the Hebraic Bible is read out loud in public. It has to be cantillated, which means it has to follow melodic movements of relatively simple construction.
Music holds here the function of regulator and solemn coating.

Until the 6th century, this cantillation followed rules transmitted from the oral tradition. Between the 7th and the 10th century, time of dispersion of the Jewish people and setting of communities in the diaspora, transmission was weakened.
Learned people (Masoretes) developed mnemonic systems in order to keep the traditions of recitation and appropriate cutting of the Biblical texts, consonantal and without punctuation.

From the 10th century on, sacred texts are therefore cantillated following a “masoretic” notation. The latter is set on an elaborate system allowing to subtly vocalize and punctuate the prose. Around 20 signs indicate the melodic movements of the voice, generating a necessary punctuation for the understanding of the text. As the musical notation is not precise, the cantillation can vary depending on the performer, the communautary ritual and the text (Pentateuch, Psalms).