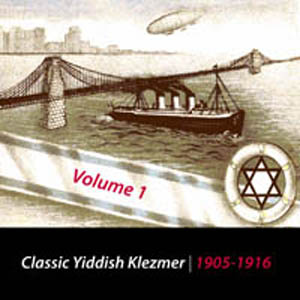 At the turn of the 20th century, hundreds of thusands of Central and East European Jews fled the progroms and misery, and emigrated to the USA. Among them, many musicians find jobs in theatres, cabarets, hotels, cafés, circuses, and later on in cinemas.

Having guessed potential financial wealth, the American disc industry got interested in this music since the end of the 19th century. The 26 tunes of this compilation restore a part of this repertoire.

Learn more and purchase the CD