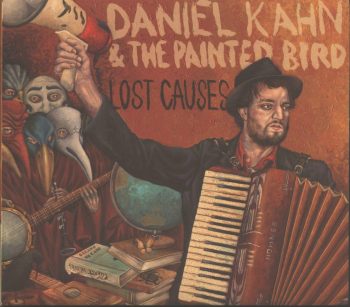 In the CD Lost Causes, their third album awarded by 2011 Award by the critics of discs in Germany, Daniel Kahn blends original songs such as “Sunday After The War”, “Görlitzer Park” and “Klezmer Bund”, with adaptations of Yiddish and German classics by masters such as Gebirtig (“March of the Jobless Corps”, “Avreml the Filcher”) and Brecht (“Denn Wovon Lebt Der Mensch?”). He sings the unemployment, war, resistance, love among the ruins, blending urgence, heart and black humor.

The Painted Bird are accompanied by many guests stars, among who Michael Alpert, Adrienne Cooper and Lorin Sklamberg.

Learn more about on The Painted Bird