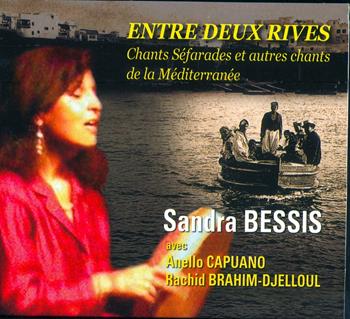 Born in Tunisia where she spent a part of her childhood, Sandra Bessis  lived in various countries before settling down in Paris, where she lives since she is 18 years old. In parallel to her literature studies, she learned classical guitar and singing.

Since the end of the 1980’s, she explored the lands of Sefardi music, created various shows which varied musicians and particpated to many cultural events and festivals. 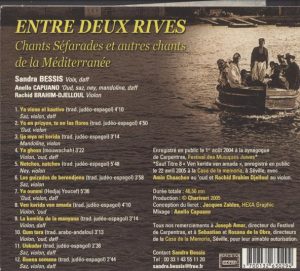 The CD Entre deux rives is the result of a « live »  recording in the Synagogue of Carpentras for the International festival of Jewish music. Released in October 2005, it marks a kind of « back to the roots » of the singer, blending de la chanteuse, blending Sefardi songs and other Mediterranean songs