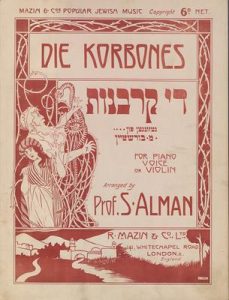 Teacher in the department of Arabic and Hebraic studies at the Paris-Sorbonne university, researcher at the Research institute for studies of religions (Paris IV) and member of the scientific committee of the Société des études juives, Paul Fenton regularly organized concerts of liturgical Jewish music, as part of the Association for promotion of cantorial art (APAC).
Passionate collector, he gathered during his long carrier substantial documentation on Jewish music, particularly on the Ashkenazim realm.

His holding, which is completely digitized, catalogued and available on Rachel features several rare documents, such as sheet music of Yiddish songs published in London (R. Mazin & Co.Ltd.) and New-York (Jos. P. Katz, Hebrew Publishing Company), or a liturgical score collection for organ and choir from the end of the 19th century, and a sheet music of Mélodies tunisiennes : hispano-arabes – arabo-berbères – juive – nègre (1937) collected by the Baron Rodolphe d’Erlanger. 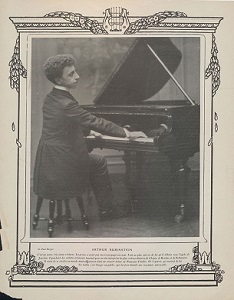 Notable also is the presence of two big books (336 and 384 pages) from the Jewish Ministers Cantors’ Association of America, published in 1937 and 1947, on the occasion of the 40th and 50th anniversary of the association, gathering dozens of articles and biographies of cantors, in English and in Yiddish, with many pictures.

Finally, in this very rich and varied holding, we will notice several press cuts and printed drawings from the end of the 19th century, representing artists of Jewish music (Salomon Sulzer, Giacomo Meyerbeer, Arthur Rubinstein…) 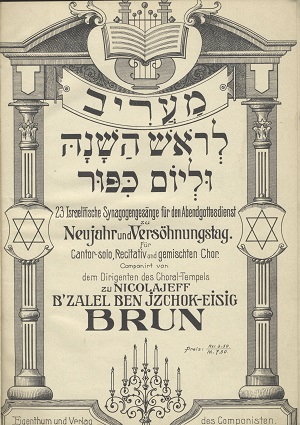 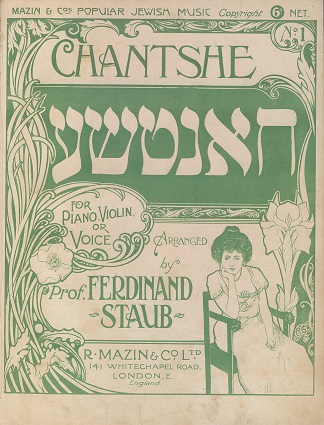