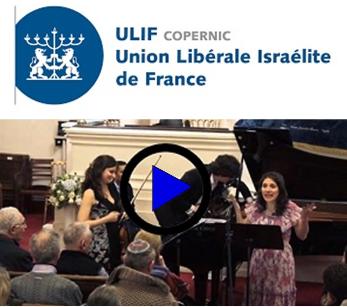 The Copernic synagogue devotes a large and important place to music. It offers to each of its service a high quality liturgical music accompanied by the organ, a professional mixed choral and a cantor, and also prestigious concerts.

Since 2008, the ULIF Copernic presents each year, under the direction of Bruno Fraitag, Vice-President, a season of high quality concerts : « Music in Copernic ». All concerts are linked, directly or indirectly to Judaism, either because it’s liturgical music, either because the composers or performers are Jewish, or either because the works are inspired by Torah/Old Testament.

Almost every concert has been filmed and put on DVD, and a copy has been deposited by Bruno Fraitag at the EIJM.

The programs presented are linked to liturgical music, chamber music or jazz. In this way, the ULIF Copernic invited a great variety of artists and performers (the cantor Armand Benhamou, the organist Nicole Wiener and the professional choir attached to the liturgical services of Copernic, as well as 2 amateur choirs from the community (« Ensemble Choral Copernic » and « Voci Copernic »), the pianists Jean-Frédéric Neuburger, Pascal Amoyel, Jean-François Zygel, David Greilsammer, Laurent Cabasso, Edna Stern, Laure Favre-Kahn, David Kadouch and Adam Laloum, Jonathan Bénichou, the cellist Emmanuelle Bertrand, the clarinetist Philippe Berrod, as well as the musicians first solists of the National Orchestra of France, the Orchestra of Paris and of the Paris Opera and, among the jazzmen : the quintet of Omer Avital, the trio of Shai Maestro, the saxophonist Eli Degibri, the pianists Yaron Herman and Yonathan Avishay, the clarinetist Yom, the guitarist Yotam Silberstein, etc.).

These archives are now available in the catalogue of our collections (browse the ULIF-Copernic collection) or by making an appointment with the European Institute of Jewish Music (contact@iemj.org).

Watch excerpts of 2 concerts in Copernic, below 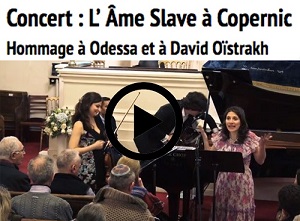 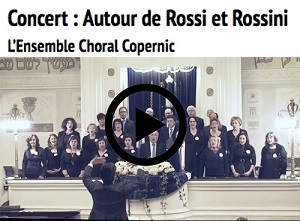