Hélène Engel speaks here about the singer Naomi Miller and lets us hear a few of her songs sang mostly in Yiddish, but also in Hebrew and Judeo-Spanish. 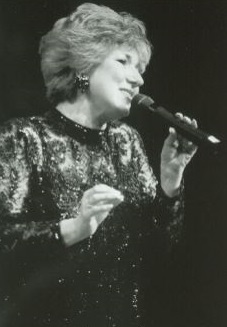 Born in Landsburg, in Germany, from a mother who survived the Holocaust, Naomi Miller starts to sing in the mikve of the community of Paterson (New Jersey, USA), that was held by her parents. In university, she joins another singer and guitarist to form “The Demoiselles”, an international duet that perform in folkloric, Israeli and Mediteranean clubs of Greenwich Village.

She participates regularly in many TV shows, «Jewish Entertainment Hour» by Gary Wagner and «Jersey’s Talking» by Lee Leonard.
For several years, she is one of the stars of Wallington Exchange, an international night club, where she builds up her repertoire, including Broadway music.