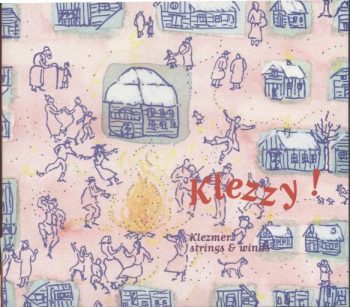 Recorded in September 2018 by the band Klezmer Loshn, the CD “Klezzy !”, gathers klezmer melodies arranged in a style blending classical and traditional

Sometimes as a trio, sometimes as a string quartet alone or accompanied by wind instruments (B flat clarinet and bass clarinet, cavaI, small Romanian flute : fluler) and electronic instruments, the musicians of this album Klezzy ! come, indeed, from various but complementary musical worlds.

At the origin of this project, Ludovic Lantner, fiddler in National Orchestra of Lyon and part of the band of folk balls that he created in 2017, « Les Folkeux de Pie », wanted to record small pieces from traditional repertoire for string quartet, arranged in a classical style.

Joining that dynamic, Marine Goldwaser, Pierre Alexis Lavergne and Zacharie Abraham also created arrangements and compositions under this same theme, in harmony with their own styles.

Marine Goldwaser of the band « Le petit Mish Mash » plays traditional music from Romania which penetrated the klezmer repertoire. In the three arrangements she did (for trio or string quartet and wind instruments and vocals), she plays on the influences of ancient jazz and klezmer, that she performs wonderfully.

Pierre Alexis Lavergne, a musician involved in contemporary and traditional music, is part of the band « Glik ». He is commited to the revival of the klezmer repertoire, and founder of the band « RadioTutti », electro-trad band without any borders !
He presents here a composition created in the Auditorium of Lyon on March 6th 2016, « Electric klezmer rhapsody for string quartet, clarinet, sampler and keyboards ».

As for Zacharie Abraham he re-visits a Honga of Podolia for string trio, bass clarinet and clarinet in B flat.

Nans Moreau, solo clarinet in the National Orchestra of Lyon, joins his colleagues by bringing to the arrangements an essential and characteristic touch of the clarinet within the identity of klezmer music.

The string quartet gathers musicians from the National Orchestra of Lyon :

Themis Bandini on cello, Vincent Dedreuil on viola, Benjamin Zekri and Ludovic Lantner on the violin. 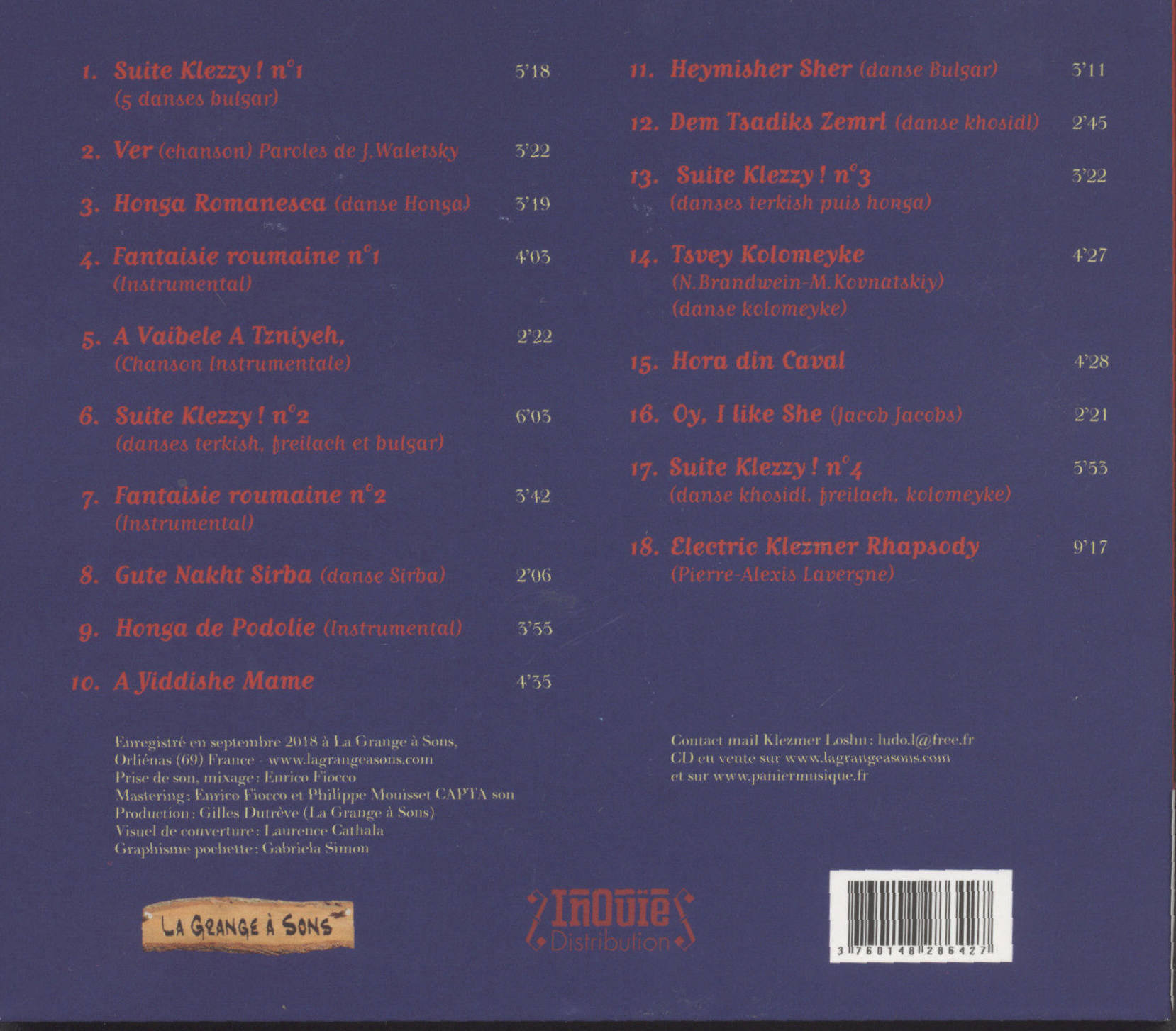