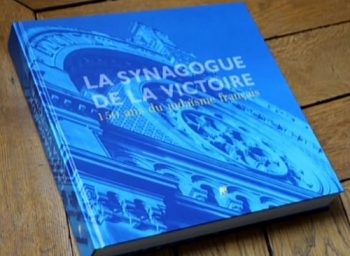 Released at the Porte-plume editions, for the 150th birthday of the Great Paris synagogue

La synagogue de la Victoire, 150 ans du Judaïsme français, released in May 2017, is a collective work, under the co-direction of Jacques Canet, president of la Victoire, and Claude Nataf, historian and vice-president of the French Commission of Jewish archives.

A retrospective and testimonies of a model of integration 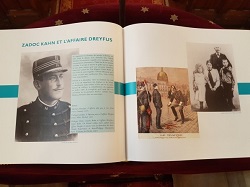 .
In what did the synagogue of la Victoire actively participated to the several fights of the Republic with the role played by the rabbis and leaders who drove it and the different personalities who came?

Where does this model, which is impregnated with Jewish and French universalism, finds its expression in the Republican model of France? What present and what future for this integration model? 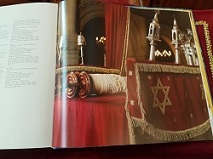 Living place of cult, culture, official ceremonies, the synagogue of la Victoire is a place for multidisciplinary thought. Page after page, the lector follows 150 years of history, religious facts, political moments, music, architecture, and also personal paths, past and contemporary, which made or still participate in the glory of Paris Great synagogue.

Featuring in this book a lecture by Hervé Roten about the musical heritage of the Grande Synagogue de la Victoire, of which the author patiently reconstituted with consistorial archives.