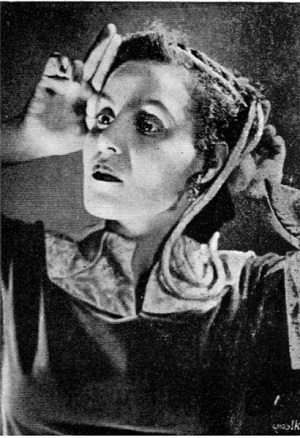 A selection of songs performed by Bracha Zefira, pionneer who put Oriental melodies on Hebrew poems

Israeli singer of Yemenite origin, Bracha Zefira is exposed at a very young age to the Arab and Bedouin melodies that she hears while walking through the old city of Jerusalem. She studies theater, music, and will meet in Berlin the pianist composer and arranger Nahum Nardi, who will become her accomplice on stage and in life.

Zefira left her acting career to dedicate herself to singing. Their touring program included songs of different oriental ethnic groups that Zefira knew from her childhood including Sephardic songs, Jewish songs from Yemen, Persia, and Bukhara, as well as songs of Bedouins and Palestinian Arabs, all arranged by Nardi.

A collector of traditional songs, Bracha regularly returned back to the neighborhoods in which she grew up. She asked old women to sing her their songs, and she participated in local festivities.

After several years, Bracha Zefira stopped her collaboration with Nahum Nardi, ans started working with other composers, such as Paul Ben-Haim, Ödön Pártos or Marc Lavry.

Her repertoire included over 400 songs, many of which she helped create, either by working with composers on the melodies, or with poets on the lyrics. Her songs based on Arab or Bedouin melodies include Ben Nahar Prat, Yesh Li Gan, Lamidbar, Aley Giv’a, and were arranged by Nardi. She sang Piyyutim of Yemenite and Sephardic Jews with their original words, like S’I Yona, and Hamavdil. For Sephardic Romances she either replaced or translated the Ladino words, like Hitrag’ot with words by Yehuda Karni.