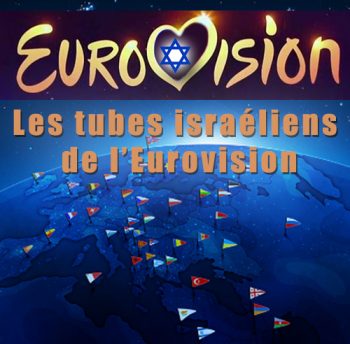 On the occasion of the 2019 edition of the Eurovision, of which the final tooke place on Saturday May 18, 2019 in Tel-Aviv in Israel, the European Institute of Jewish Music offers you a selection of the best Israeli hits of this prestigious contest.

The Eurovision Song Contest was created the 24th of May 1956, in Lugano, in Switzerland by the Swiss public television chief executive, Marcel Bezençon, following the model of the Sanremo festival. Organized every year by the European Union of Radio-television, the EUR, this event is a music contest of every country of the Union.
The number of participants never stopped growing, starting with seven countries for its creation to around forty today.

The Eurovision remains one of the oldest TV programs in the world, and the most important music contest ever organized. Its success surpassed the borders of Europe and inspired many other music contests.