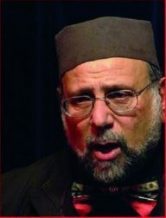 Solly Levy was born in Tangier (Morocco) on November 1st, 1939. He emigrated to Canada with his wife, Madeleine, and their first child, Eddy, in 1968. Upon his arrival, Solly Levy found his place in the Sefardi community. Having taught in the schools of the Alliance Israélite Universelle in Morocco, he pursued his career for almost 30 years in a Montreal high school. During their retirement, Solly and Madeleine moved to Toronto, where Solly continued to hold a central place in the Sefardi community, while still creating new projects.

When I met Solly, forty years ago, I had just started my PhD doctorate at the Université de Montreal, on Sefardi music in Canada. Professor Samuel Armistead (1927-2013) introduced me to his former student, Professor Oro Anahory-Librowicz, a specialist in the Moroccan Judeo-Spanish romancero. Oro had been Solly’s pupil in Morocco, in the Alliance Israélite Universelle school of Tetuan. She wanted to create an ensemble dedicated to Moroccan Judeo Spanish songs. Solly, who was then directing the Kinor Sefardi Choir, invited the soloist Kelly (Raquel) Sultan Amar. Oro was looking for a fourth member, who spoke Spanish, and could sing and play traditional instruments. This is why, one morning in 1980, Oro and Solly knocked on the door of my small bohemian apartment in Montreal’sold “Mile End”neighborhood ; this was the first meeting of the ensemble which was to be called « Gerineldo ». Later, the violonist, ud player and percussionist Charly Edry joined the band.

With Gerineldo, we sang, rehearsed, and travelled: to Spain, USA, Israel. Solly sang, of course, with his legendary magnetism on stage, and in addition, he created musical theatre plays in Haketia, the Moroccan Judeo-Spanish much less known than the Ottoman Judeo-Spanish, often called today « Ladino ». He directed those plays, performed several roles, and taught us expressions and the right pronunciation of Haketia that he loved so much. He always suggested extraordinary new ideas ; also, he provided important information for my PhD dissertation. Solly taught us a lot, and made us laugh – I remember moments where we, the three women of Gerineldo, said shaking our heads : “ah, yes, this is Solly’s artistic temperament”.

In his musical theatre plays, Solly invented characters that reflected his own personalities. He himself was of course Selomó, the family’s patriarch, in an early 20th century’s Morocco. We played our own ancestors : “los de embasho” [thoseof the world below], “Los mizhores entre mozotros” [the best among us]. Solly played also the « modern » Spanish doctor, and the Moroccan boy who brought dafina, the Shabbat dish, to the neighborhood families. Oro played two roles : Maknín, the old grandmother, still living in a traditional way, and the grand son who was preparing his bar-mitsva with Selomó. The beautiful Kelly, born in Melilla, from where she never lost her Andalusian accent, played Tsiporá, the step-daughter – with her andalusian accent that she always spoke more naturally than Haketia. And I, Ashkenazi, born in Montreal, English speaking, ethnomusicologist, which character could I have been? At the time, for my doctoral research, I had just recorded Bouena Sarfatty Garfinkle[1]Bouena Sarfatty Garfinkle (1916–1997), born in Salonica, was a Greek partisan during World War II. Her memoirs and collections of songs, sayings and poetry are are invaluable documents about Jewish … Lire la suite, who sang for me and told me about life in Salonica before and during the Holocaust. So, Solly invented “ Tía Palomba, Salonica’s widow”, who spoke Eastern Judeo-Spanish, and who proclaimed frequently that the songs, cuisine and customs of “Selanik” were better than those of Morocco.

Solly was completely devoted to his family, his community and his culture. Madeleine travelled often with us ; and their daughter Claire often helped us backstage. Some of you heard the radio interview of my daughter Tamar Ilana by Hervé Roten; her very first “performance” was a short recording of her cries when she was 2 or 3 months old, that Solly requested for, for the scene of a baby’s birth in the first play he created for Gerineldo : Ya Hasrá, que tiempos aquellos [Ah, those were the days]. Tamar was there during almost every rehearsal and started singing with us at the age of five. Two of Oro’s nieces performed characters from time to time, and Kelly’s husband and children never missed a performance in Montreal : Gerineldo was a real family.

After their retirement in 2000, Solly and Madeleine moved to Toronto to join their children and grandchildren. For Solly, of course, “retirement” meant immediately taking a central role in his Sefardi community, and creating new artistic projects. On one hand, he collected and recorded traditional piyutim from North of Morocco ; at the same time, he created his multilingual “Sollyloquies”/”Sollyloquios” which sent everyone into gales of laughter, and his one-man-shows “Jizzofrenia” – a play on words with the Judeo-Arabic word “khiz” which means “carrot”.

Among his many other projects, for which he received several awards, Solly translated – and adapted – selections by Molière in Moroccan/French Quebecois/Haketia Judeo-Arabic. “Le Bourgeois Gentilhomme”, for example, became “Le Boujadi Gentilhomme.” He also adapted “Pygmalion” including the songs. He directed several classical plays by Quebecois authors, building bridges between Quebec’s Jewish and Catholic communities. I remember attending a rehearsal of “West Side Story” which he had adapted to the French/English context of Montreal: each student had to learn a central role, a minor role and a technical role, to acquire experience in all aspects of theatre. In the years 2014 and 2015, Gerineldo was again performed several times. Solly sang in Paris, for the Jewish Moroccan community, and in Toronto, at the Alliance Française. For this last show in Toronto, three generations were on stage : Tamar had already taken Kelly who wasn’t available, and Matan Boker, Solly’s grand son, added his beautiful voice and the piyutim he had learned from his beloved grandfather.

But it was Solly’s last concert. His health problems didn’t allow him to sing again with us in Montreal’s Festival Sefarad, which he had helped found several decades before; or in Paris for the Festival des Musiques Juives. His long-lasting illness didn’t allow him to continue doing what he so loved, but he never interrupted his relations with the community, which was very supportive of him and his family – and he never stopped loving his wife, their children and grandchildren.

Watch an extract from the video A Sephardic Journey: Solly Levy…From Morocco to Montreal