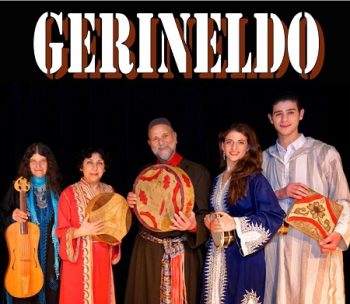 Songs and Romances of the Moroccan Jews

The vocal and instrumental ensemble Gerineldo was founded in Canada in 1981 by Oro Anahory-Librowicz, a native of Tetuan, Morocco; PhD in Hispanic studies of the prestigious Columbia University of New York, and specialist in Sephardic Judeo-Spanish oral literature. Her goal was to preserve and disseminate the Judeo-Spanish musical traditions of Northern Morocco, by performing the romances (narrative ballads) and other songs of the descendants of the Jews expelled from Spain in 1492. Recently, she donated to the National Library of Israel her field recordings, with background documentation, of hundreds of Judeo-Spanish songs that she had collected since the beginning of the 1980’s in Moroccan Sephardic communities settled all over the world. 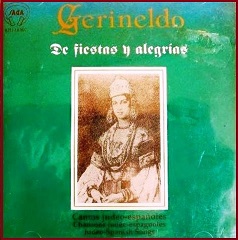 The ensemble’s name, Gerineldo , took its name from a popular Moroccan Sephardic romance whose text can be traced to the Middle Ages, telling the curious tale of the King’s daughter, in love with the page Gerineldo.

Led by Oro Anahory-Librowicz, the founder-director of Gerineldo, she invited her colleague and former teacher, Solly Lévy, to be part of the ensemble. Solly Lévy, then the director of the Kinor Sephardic choir, suggested inviting its soloist Kelly (Raquel) Sultan Amar, and the ensemble was completed by Judith Cohen. An Ashkenazi from Montreal, she was then completing her PhD in ethnomusicology, specializing in Judeo-Spanish musical traditions from the Eastern Mediterranean and Morocco, and now is a lecturer at York University in Toronto. Gerineldo was also frequently joined by Moroccan-Israeli-Canadian violin virtuoso Charly Edry. 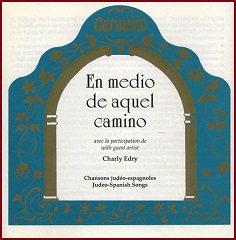 From 1981 to 1994, Gerineldo, gave many enthusiastically received concerts in Montreal, often as part of the Quinzaine Sépharade, as well as in other Canadian cities and festivals, and in Israel, Spain, Venezuela and the United States.

After 20 years of absence, in the spring of 2014, Gerineldo returned to the stage, in Paris in March 2014, as part of the Journées du judaïsme marocain, under the patronage of His Majesty Mohammed VI, King of Morocco. Other successful shows followed, organized by the Judeo-Spanish association Aki Estamos in Paris, the Alliance Française of Toronto and the Festival Sefarad in Montreal. 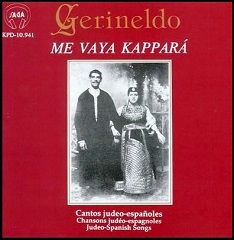 The band was joined by the vibrant and bright voices of two talented young singers: Tamar Ilana, Judith Cohen’s daughter, who had sung with Gerineldo as a child, and Matan Boker, the 21-year-old grandson of Solly Levy; Greek-Canadian oud virtuoso Demetrios Petsalakis also joined the ensemble after the first 2014 concert. The ensemble was returning, with renewed vigour, to its mission of disseminating the beautiful Moroccan Judeo-Spanish musical heritage, but, later in 2015, Solly Levy was diagnosed with the disease which forced him to stop his activities. He passed away on April 10, 2020.