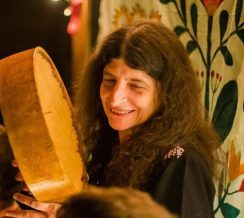 A singer and performer on medieval and traditional instruments, ethnomusicologist and university lecturer, Judith Cohen was born in Montreal (Canada).

Since the 1970’s, she travelled frequently (Eastern Europe, Spain, Portugal, Morocco, Turkey…), learning about various musical traditions, including Balkan music and dance, regional music from Spain and Portugal, Francophone songs from Canada, songs in Yiddish (her grand-parents’ language) and Judeo-Spanish, and others. 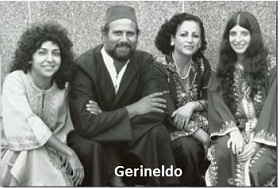 During the 1980’s, she added traditional Moroccan Judeo-Spanish songs, when she was a member of the ensemble Gerineldo, founded and led by Oro Anahory-Librowicz, together with Kelly Sultan Amar and the legendary Solly Levy. Joined by violinist, ud player and percussionist Charly Edry, the ensemble toured in Spain, Israel, Venezuela and the United States.

In 1980, Judith Cohen defended her Masters thesis, The role of Women Musicians in Medieval Spain in the Christian, Jewish and Muslim communities, and, in 1989, her PhD dissertation, Judeo-Spanish songs in the Sephardic Communities of Montreal and Toronto (both at the Université de Montréal). 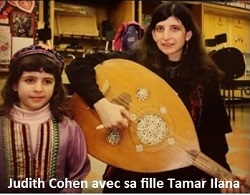 She continued to travel every summer, mainly in Spain, Turkey, Portugal, Morocco, the Balkans and Israel, along with her daughter Tamar Ilana, who started singing on stage at the age of 5.

From 1977 to 1982, Judith Cohen taught at Concordia University in Montreal, and in various schools in Toronto, as an itinerant music teacher and performer. In 1991, with a research grant from the Social Sciences and Humanities Research Council of Canada, she began post-doctoral work on Judeo-Spanish singing, while teaching part-time at York University (Toronto). Since the mid-1990s, she has also carried out research and fieldwork on the role of music among the Crypto-Jews of Portugal. She was able to record some of the last rezadeiras, the Crypto-Jewish prayer-women, almost all of whom have since passed away.

Today, Judith continues her ethnomusicological research, recently examining shared themes of Yiddish and Sephardic narrative ballads, and also as the Consultant for the Alan Lomax Spain collection, and the first Lomax Fellow at the Library of Congress (Washington DC, 2011). She is an Associate Research Fellow at three universities: Carlton (Ottawa), Concordia (Montréal) and Haïfa (Israel), and is associated with INET (the Portuguese ethnomusicology research institute) and the Association for Cultural Equity (Alan Lomax Archive, New York City). 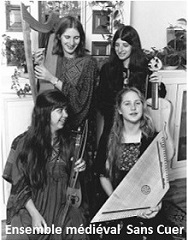 Judith Cohen continues to be inspired by her ongoing travels. « I’ve travelled a lot, for many years. I’m never bored while I’m travelling », she says.