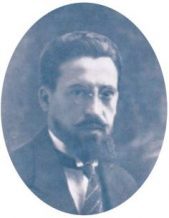 Robert LOEB, (whose Hebrew name is Eliezer Ben Hachover Moshe) was born on April 7, 1903 in Basel, in Switzerland, from Alsatian parents, Moses Loeb, born in Duppigheim and Mathilde Lang, born in Giromagny and originary of Stotzheim.
Belonging to a brotherhood of 5 children – two older sisters and two younger brother and sister – he went to school in Basel and started learning singing in a music school. Provided with a nice tenor voice, he entered the Jewish Seminar of Cologne led by Dr. Carlebach, in 1919, at the age of 16.

On October 1st, 1925, he became a cantor in the Jewish community of Lausanne, in Switzerland.

During the year 1927, he was elected first cantor in the Jewish community of Colmar, in France. 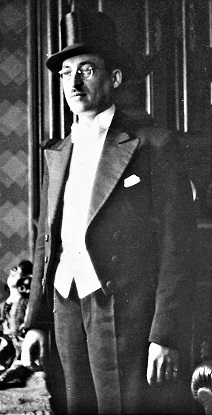 Until the middle of the year 1938, he kept his position as a cantor in the Jewish communities of Altkirch, St. Dié and Erstein, in the East of France. 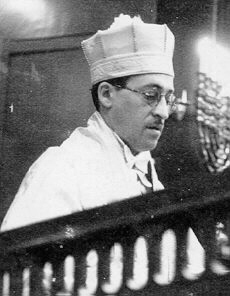 As he could not remain a cantor in Alsace from 1938 on, Robert Loeb, who was a foreigner, had to leave Alsace to return to Switzerland. In the 1930’s, there were more than 20 Jewish communities in Switzerland. But as the position of cantor was taken in all these communities, he couldn’t work as a cantor. Because of this, he joined the Boarder guard volunteer Corps in the Swiss army.

In September 1939, the Swiss army got mobilized. The Boarder guard volunteer corps automatically shut down and the soldiers of this unity got reintegrated in their real army unities. Until the end of the second world war, Robert Loeb stayed approximately 1200 days in the military service.

After the armistice, he was appointed cantor in St. Louis, a boarder town of Basel, in the High Rhine.

Since the 1930’s, including during the years of war, Robert Loeb performed in liturgical concerts on the Basel radio, as a soloist singer, accompanied on the piano by his older sister Sylvie Loeb, who was a piano teacher.

Definitely hired in 1946 as main cantor in Luxembourg, capital city of the Grand Duchy, he left Basel for Luxembourg in August 1946, and remained a cantor until the beginning of the year 1959, when he had to stop because of health issues. He remained in Luxembourg and passed out on July 18, 1965, at the age of 62. He was buried in the Jewish cemetary of Luxembourg-Limpertsberg.