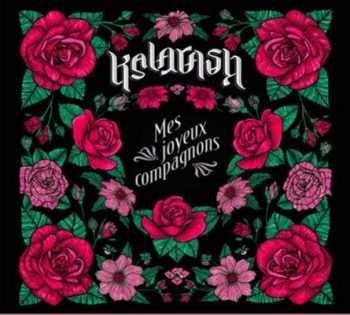 After a first CD released in 2015 (Tirez la roulotte), this second album by Kalarash, released in November 2019, features Yiddish songs, klezmer music as well as Romanian and Greek traditional music. To begin with, we can hear a violin-vocals duet, performing Greek music, and a trio violin-double bass-tsimbl, which suggests the intimacy of chamber music. Then the orchestra grows with a clarinet and an accordion. The quartet plays jewels from the klezmer repertoire, or an unexpected hip-hop; the quintet restores the sound of Romanian tarafs and klezmer orchestras.

To make it complete, the eponymous song Mes joyeux compagnons, tells the story of the band Kalarash, with an instrumental accompaniment which blends the various musical influences of the band.