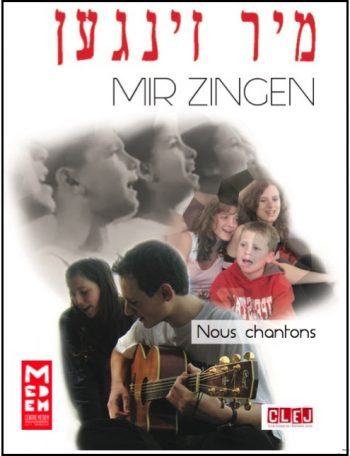 Songbook in Yiddish and in French

In 1945, after the destruction of the European Jewry, the Jewish community takes care of the children ; many of them saw their parents deported or de-judaized. It is now time to feed and heal them, but also to rebuild their Jewish identity.

For the non-profit organizations, singing and choirs are very important pedagogical tools. Through the Popular Movement of Childhood, the MEDEM Center Arbeter Ring publishes a songbook « Mir Zingen » which the first issue will be published in 1948. Some of these songs have been written by the great Yiddish poets from before the war.

68 years later, the MEDEM Center and the CLEJ reissue this songbook, enriched with transliteration from Yiddish, translations in French, music score with the melodies, their history…

Various memories go side by side : the worker’s fights before the war, the resistance, the Yiddish from the great poets and from the traditional popular songs, the friendship and brotherhood… 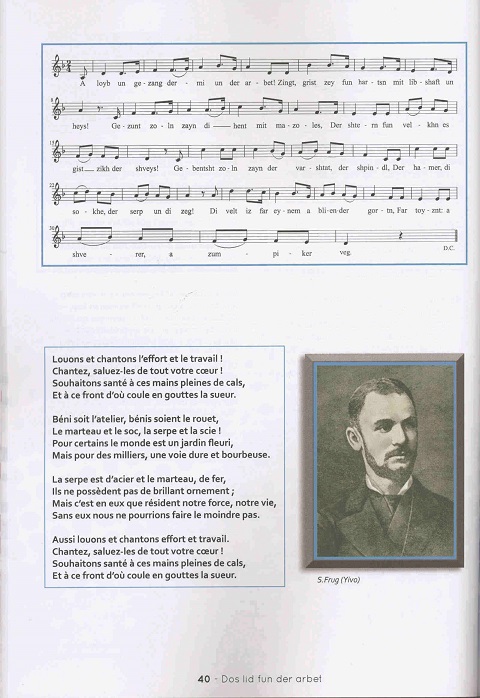 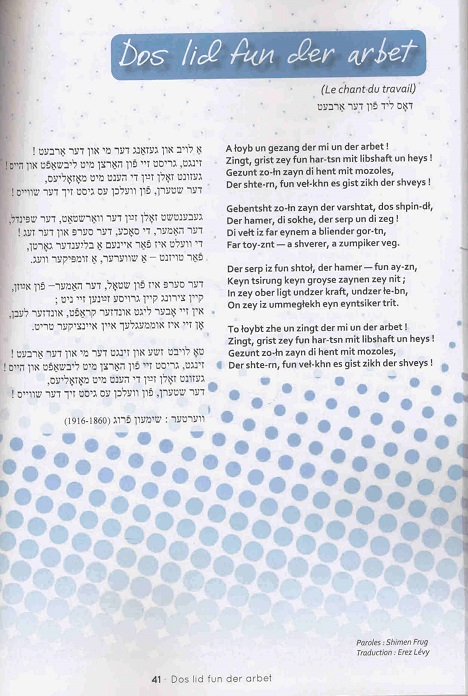