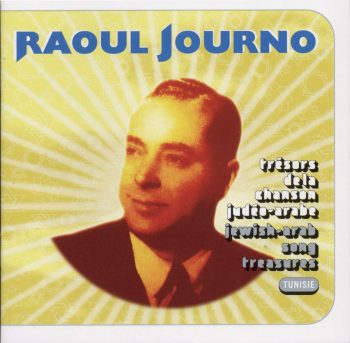 Coll. Treasures of the Judeo-Arabic song

Still today, in Tunis, in Paris or in Tel Aviv, the warm voice of Saul Journo, aka Raoul, is heard at weddings and other Jewish ceremonies, through covers performed by various bands and singers.

Born on January 18, 1911 in Tunis, in a family native from Andalusia, Raoul got his first musical heritage from his mother, a fine performer of Arubi, short poems sung in prelude before a song. As an autodidact, he learned to play the ud, highly influenced by the great Cheikh El Afrite, one of the best performers of Tunisian songs.

In 1934, he recorded a first disc which recieved immediate success, and others once he was settled in France in 1965. His fame grew fast and influenced several generations. What the audience liked the more, besides his impressive volume and poetic verve, is his devotion to his homeland’s culture, refusing to borrow material from other countries like Egypt or Liban, which was very appreciated by the Arab audience of that time. 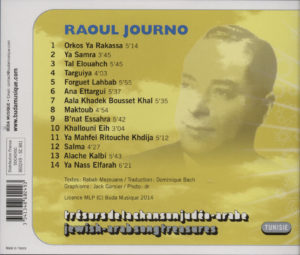