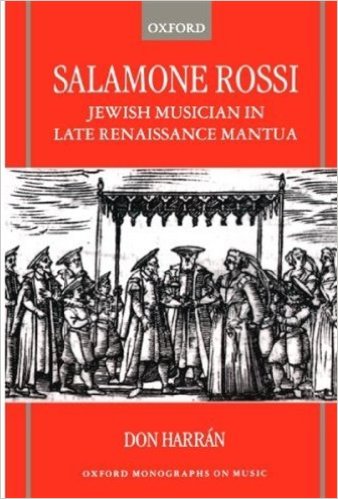 The first Jewish composer who took part in the West European musical tradition, Salamone Rossi (c. 1570 – c. 1628) lived in the court of the Duke Gonzague of Mantua, where he was the colleague of Monteverdi. He remained faithful to his Jewish identity, composing at the same time madrigals for the court, and sacred music for the community.

This meticulous study richly documented was done by Don Harran, teacher in the Hebrew University of Jerusalem.

Learn more and purchase the book

Browse other articles about Salamone Rossi