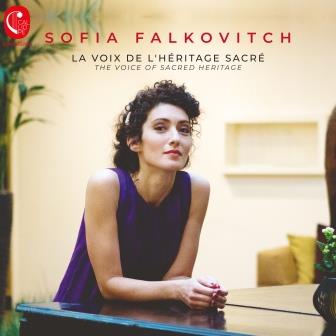 The Voice of Sacred Heritage

Recorded in July 2019 in Paris in the Temple of Passy-Annonciation, this 2nd musical album from mezzo-soprano Cantor Sofia Falkovitch features a collection of songs, prayers and psalms by the leading synagogue composers of pre war Europe and the United States. (Lewandowski, Naumbourg, Alter, Jules Franck etc).

While Sofia’s voice highlights the Jewish origins and flavor of the music, Raphael Tambyeff’s sensitive playing introduces musicality of the Western religious music.
Cantor Falkovitch’s voice is colorful and rich and her interpretation of the music is filled with soulfulness and depth. All of these masterfully reflect both the meaning of the Hebrew text and the modality and surprising nuances of the Ashkenazi prayer modes.

What is even more intriguing however, is the fact that most of what Sofia is singing was originally written for a male voice. And yet, she manages not only to give justice to the original musical concepts but also to add her particular kind of assertive but gentle femininity into the mix.

*Moscow-born and Paris-based mezzo-soprano Sofia Falkovitch is the first
woman Cantor trained and ordained in Europe and the only one in France. She studied in Israel, Germany and Canada, and was trained by sought-after voice professors and masters of Jewish music.
Among her teachers are Reine Décarie (Vincent d’Indy School of Music), Madeleine Thériault (Jazz Voice Prof essor at McGill Schulich School of Music), Marina Levitt and Penina Schwartz (Jerusalem Academy of Music and Dance), Eliyahu Schleifer (Hebrew Union College of Jerusalem), Nino Sandow (Hanns Eisler Academy of Music Berlin) and Verena Rein (Berlin University of the Arts).
Intercultural and interfaith dialogue lies at the core of Sofia’s creative work.

Order the CD on the EIJM’s Online shop 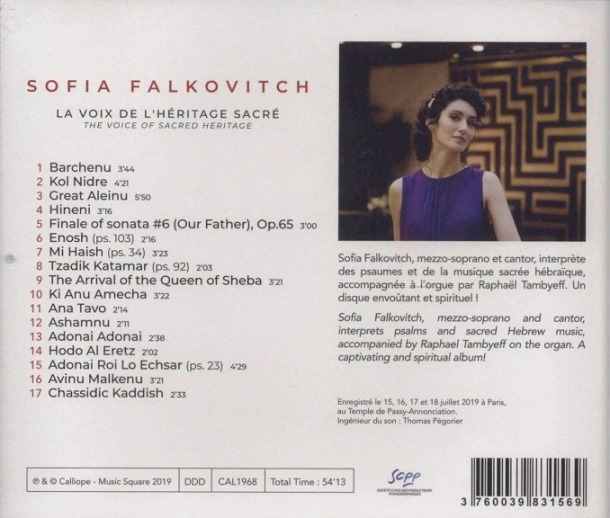