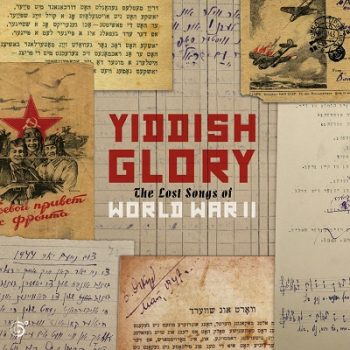 Yiddish Glory: The Lost Songs of World War II is the name of a new CD published in 2018 in the USA, from texts of songs created during the darkest period of European Jewry history. In the middle of the Second World War, a group of researchers led by the ethnomusicologist Moisei Beregovsky (1892-1961) discovered songs written by Jewish soldiers of the Red Army, refugees, victims and survivors of Ukrainian ghettos. Among those songs, one was created by a 10 year old orphan who lost his family in the Tulchin ghetto, another by a teenager prisoner in the concentration camp of Pechora, and another by a Red Army soldier who learns, on his way back to Kiev, that his family was murdered in Babi Yar. These authors are not poets or musicians, but all are witnesses to one of the major events of the 20th century.

After the war, these researchers were arrested during the Stalinian purges, and their works were confiscated. They will die thinking those collections are lost forever

But in the 1990’s, those songs were re-discovered in unidentified boxes in the archives of the Vernadsky National Library of Ukraine.

In the beginning of the 2000’s, the Yiddish teacher and director of Jewish studies in the Toronto university Anna Shternshis goes to Kiev, and hears about the existence of these songs. Those fragile documents, which deteriorate quickly, most of them in manuscript and of great historical importance, comprise some of the most poignant Soviet Yiddish songs of the Second World War. Despair, hope, humor, bravery, resistance and revenge are feelings expressed throughout each one. 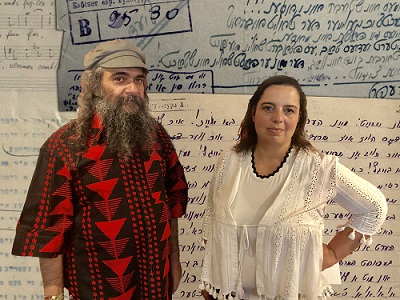 This CD is the result of a remarkable collaboration between the artist Psoy Korolenko and the Yiddish teacher Anna Shternshis, most of the songs being written on small pieces of paper, without any indication of melody. Psoy Korolenko engaged in “musical archaeology,” and analyzed the scarce supplementary notes, contextualized the lyrics and then took a leap of imagination in order to create or adapt music for the texts. Sergei Erdenko (great Roma violinist from Russia, who often performed with Yehudi Menuhin) created multi-instrument arrangements and composed original music for one song (Kazakhstan).

The discovery of this treasure hidden for years led producer Dan Rosenberg to bring together a group of singers and musicians with multiple backgrounds. The album “Yiddish Glory” is the fruit of a three-year-long process, and constitutes a precious historical testimony, revealing how Jewish men, women and children fought fascism, tried to save their families, and chose at the final moment, to communicate their dreams and hopes through music. For the first time, the public will hear the voices of the Soviet Jews who were thought to be silenced by Hitler and Stalin.

This CD comes with a 44 page booklet, with texts of the songs in English and Russian, the story behind each song, and many illustrations.