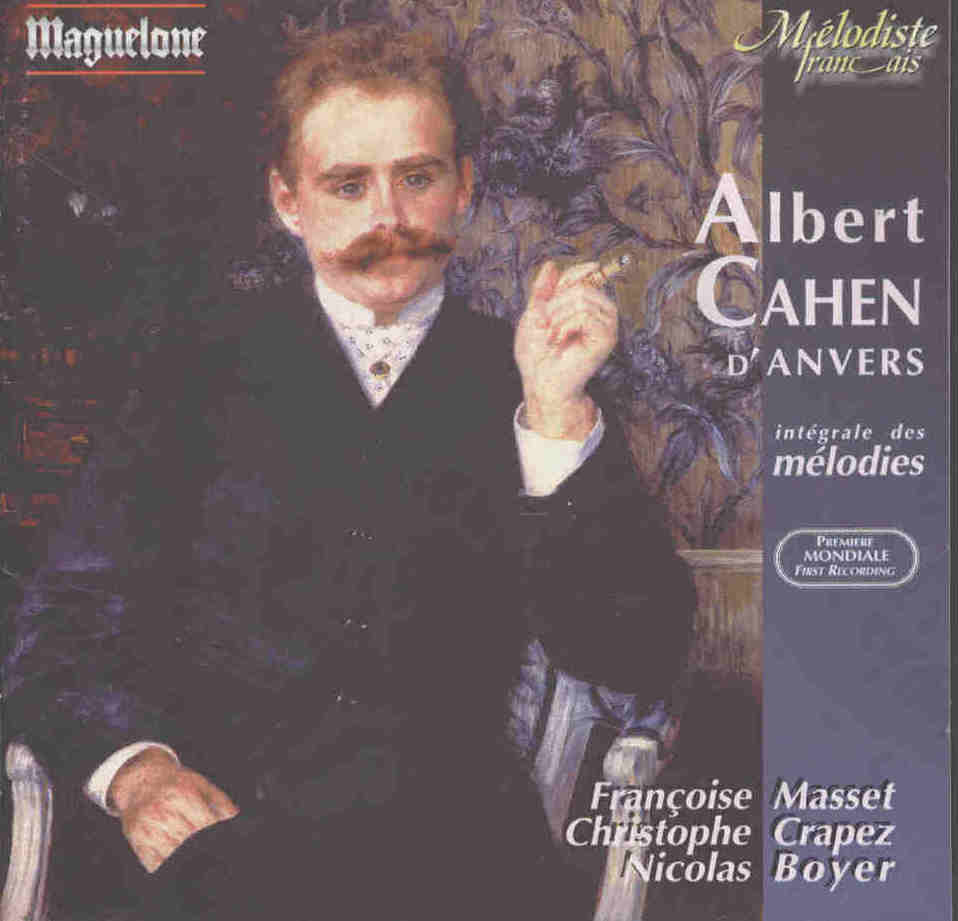 All works for piano

Serious student of César Franck, Albert Cahen d’Anvers (1846-1903) – like Fernand Halphen (1872-1917) – comes from a family of bankers. Ignored by his family and despised by musicians because of his wealth, his musical work fell unfairly into oblivion.

It’s Jean-Claude Menou, who was just named curator in the castle of Champs-sur-Marne (16 km East of Paris), by discovering an Erard piano, an 1874 grand piano, in the attic, and after a few investigations (particularly various sheet music from Versailles library), who gives back to Albert Cahen d’Anvers’ work the place it deserves.

It’s on Cahen d’Anvers’ Erard piano, restored at the request of Jean-Claude Menou, and inside the music salon of the family house, the Castle of Champs-sur-Marne near Paris that this recording has been done.

It gives the opportunity to discover 3 pieces for piano, as well as around 20 melodies (of which one with a flute), very nicely performed by Françoise Masset (mezzo), Christophe Crapez (tenor), Nicolas Boyer (piano) and Stéphane Limonaire (flute), on poems by Alfred de Musset, Victor Hugo, Lucien Paté, Paul Bourget and Maurice Bouchor… 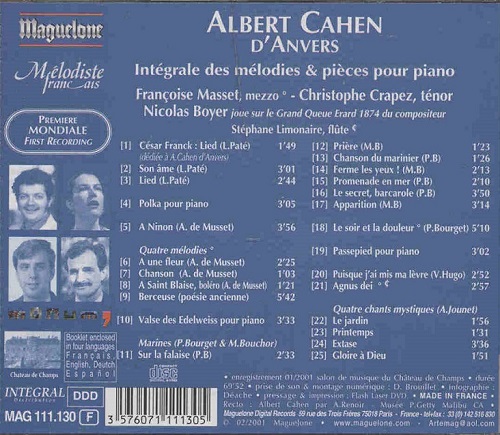