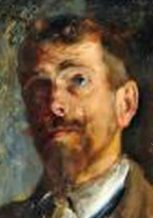 Composer and pupil of César Franck

Albert Cahen was a French composer, born in Anvers on January 8, 1846 and deceased in La Turbie on February 27, 1903. Raised in a family of bankers, the Cahen d’Anvers, he was the student of César Franck. He got famous in particular for his operettas, and his “melodies” which will lead him to posterity. When he passed away in 1903, his Grand Concert Piano, Erard, that he acquired following the advice of his master César Franck, was moved to the family castle of Champs-sur-Marne

Albert Cahen d’Anvers was brought up in a family of bankers. His brothers, Edouard, Raphael and Louis were all into business. Only Albert, considered by his family as an original, one might say marginal, sought a musical career.

A serious student of César Franck, one of the fathers of French modern music, Albert Cahen claims himself, against his family’s wishes, to be a composer.

The creation of the opera “The Venitian” dedicated to Franck inspired this thought to his master: “Monday’s evening has been one of the best musical evenings in my life […] I hoped it would be good but my expectation has been exceeded.”

Lucien Paté, poet and jurist, friend of César Franck and Albert Cahen, inspired melodies for both of them, particularly the poem Lied, set to music and dedicated by César Franck “to my friend Albert Cahen”, and Cahen’ melody “Son âme” (“His soul”) also set in music to a poem by Lucien Paté.

César Franck’s influence can be seen through a serious concern about harmony, and an obvious sense of good structure in Cahen’s melodies. His corpus of melodies comprises cycles as well as separate melodies, and we can see a great diversity in the contexts and their musical development.

His musical references and his profound devotion to the musical world surrounding him are felt in his whole work, particularly through the many dedications present in his melodies.

Furthermore, in his private hotel, le petit hôtel de Villars, 118 rue de Grenelle, where he lived, Albert Cahen presented concert evenings where all the Parisian famous people of the time gathered, providing a good financial supply for musicians and meeting opportunities for everyone. It is there that the painter Auguste Renoir will make his famous portrait in 1881. (see above)