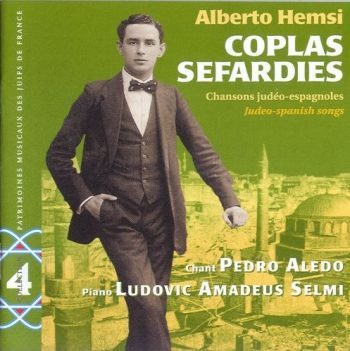 MUSICAL HERITAGE OF THE JEWS FROM FRANCE COLLECTION, Vol 4

This new CD from the collection Musical heritage of Jews from France made by the Foundation of French Judaism is dedicated to the Sephardi music of Jews from the Iberian Peninsula that had been expelled from Spain (1492) and from Portugal (1497).

Alberto Hemsi, born in Turkey (in Cassaba, small village East from Smyrne), and who comes from this diaspora, settled in Paris in the 1950’s. An acclaimed composer, winner of many international prizes, he leaves an important legacy of work of high quality, much of it often unpublished.

The “Coplas Serfardies” are a collection of Judeo-Spanish songs for voice and piano, written by Alberto Hemsi and based on 230 poems and melodies collected in the Sephardi communities of the ancient Ottoman Empire between 1923 and 1937. This symbiosis between traditional chant and art music, oral spontaneity and written out thought offers a renewed vision of Judeo-Spanish tradition further amplified by Alberto Hemsi’s creation.

Pedro Aledo, executor, composer and painter, has sung this repertoire for almost 20 years. He is accompanied by the young pianist Ludovic Amadeus Selmi, winner of the International Academy Maurice Ravel Prize, the Franz Liszt National Contest, the Barcelona International Contest… 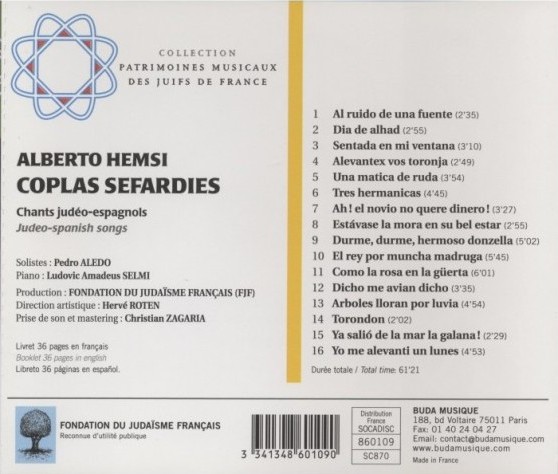