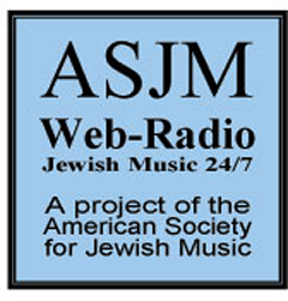 The American Society for Jewish Music (ASJM) is committed to the performance, preservation and dissemination of Jewish music in all its forms.
ASJM’s Charlie Bernhaut Collection of Jewish and Cantorial Music is one of the most extensive archives of sound recordings available, with nearly 17,000 records in all genres. The heart of this collection is more than 2,000 cantorial recordings.

The St. Petersburg Score Collection makes availabe for download a seminal collection of scores from the Society for New Jewish Folk [Ethnic] music founded in St. Petersburg in 1908. The composers who were members of this organization, formed at a time when Russia temporarily libralized its restrctions on Jews, had a wide-reaching influence on the Jewish music which followed in Europe, particularly Germany, Israel, and, later, the United States.