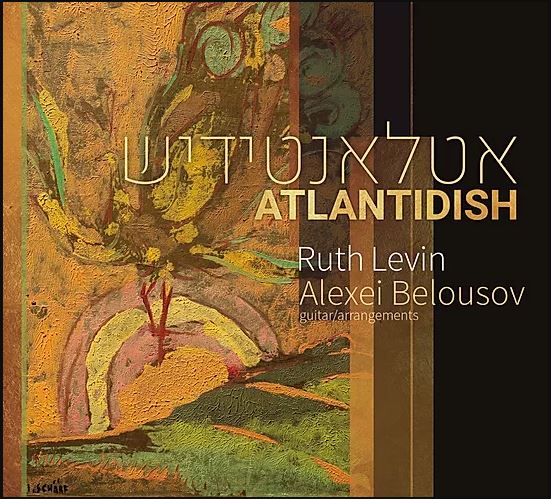 This album saw light in 2019, on the 50th anniversary of Itzik Manger’s death, the troubadour and Yiddish poet, born in 1901 in Tchernivtsi in Bukovina, (ex-Austria-Hungary), and who passed away in Guedera in Israel in 1969.

The title of this album combines the myth of Atlantis, an apocryphal kingdom that disappeared under the sea, with the Yiddishland, a kind of Yiddish Atlantis, whose population was wiped out in the 19th and 20th centuries by pogroms and the 2nd World War.

The heroine of the album is Manger’s favorite creature, an enchanted bird called the Golden Peacock – di Goldene Pave. In Yiddish “Pave” is feminine; in an ancient folk song, a young woman mourns her unhappy marriage and compares herself to a golden peacock, who lost her golden feather in a foreign land. In East European Jewish poetics, this image became a symbol of dreaming of happiness and beauty, and in Manger’s poems the Golden Peacock in flight is the embodiment of poetic inspiration.

The result of a 15 year rich artistic collaboration between Ruth Levin, renowned Yiddish singer, Israeli actress and translator, and Alexei Belousov, considered as one of the best guitar player in the world, living in Jerusalem, this CD, in which we hear a ravishing and delicate voice, and a refined performance on the guitar, combines original songs, all translated into English, Russian and Hebrew in the booklet that comes with it.

Purchase the CD on the EIJM’s online shop 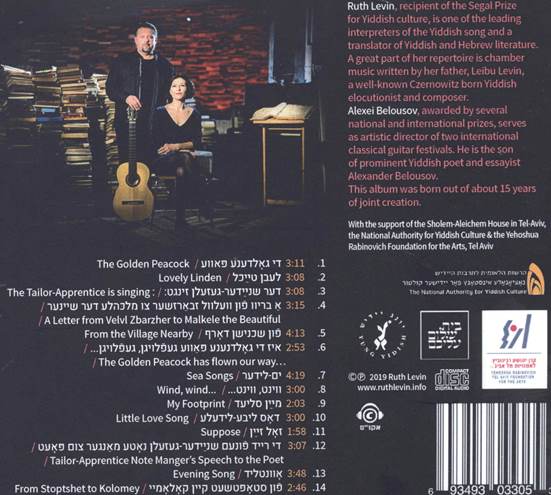 01-The Golden Peacok
02-Lovely Linden
03-The Tailor-Apprentice is singing
04-A letter from Velvl Zbarzher to Malkele the Beautiful
05-From the Village Nearby
06-The Golden Peacok has flown our way…
07-Sea Songs
0:00
0:00