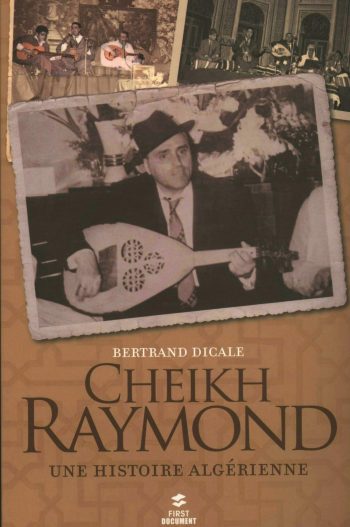 Raymond Leyris, aka Cheikh Raymond, had a French name, was Jewish and sang in Arabic. Born in Constantine in 1912, he was the undisputed master of Arab-Andalusian music. In this musical genre born in the old centuries of the Arabic splendor of Andalusia, he reached peaks of knowledge and creative power.

On June 22, 1961, Cheikh Raymond was killed by a gunshot in the neck in a market of his hometown. His assassination is the starting point of the exile of Jews from Constantine. When he arrived in France, his pupil Gaston Ghrenassia, guitar player in his orchestra, will have a successful career under the name Enrico Macias.

Through his childhood as an orphan, his life of pious Jew and Arab learned man, this book is an immersion into the lost world of Algerian Judaism. Between sweetness of life, artistic discipline, religious devotion and political violence, it tells us not only the history of a country which no longer exists, but also of what it could have become…

To complete this book, Universal released in November 2011 an anthology of songs by Cheikh Raymond.

Read a biography of Cheikh Raymond