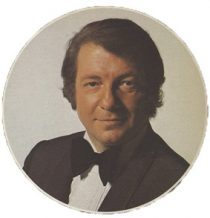 Dany Delmin is a composer, performer and songwriter in French, Hebrew and Yiddish
Born David Polack, he was the youngest in a family of 7 children. When the war broke out, his life changed and he was deported with his father in Drancy in 1942. He succeeded in crossing the free zone, but never saw his father again.

When the war was over, at the age of 15, Dany Delmin found his mother and sister who had been hidden in a cave by some friends. After trying several professions (luggage carrier, courier..), he finally worked in textiles, and at the same time taught himself music.

At the age of 17, he left for Palestine, two months before the creation of the State of Israel, and joined the army. He became noticed as a singer and guitarist and performed in a night club.
He came back to France in 1950, and after serving two years in the French army, went back to his work in textiles and left with his boss to Brazil.

In 1954 he met the director of a Brazilian musical label. The French songs being in fashion,.he passed an audition and was hired on the same day. His musical career started at this point. The music label Mocambo released his first LP disc with eight tracks, two of them written by Dany Delmin and arranged by Antônio Carlos Jobim

Two years later, he hosted his own weekly TV program in Buenos Aires “Vamos a Paris con Dany Delmin”. He recorded with the pianist of the show the track “Café a la Italiana” which became a golden disc in the United States.

In 1961 he came back to France. It was then the time of “yé-yé” music. Dany Delmin was 32 years old, he recorded several tunes, wrote songs and performed in big hotels for celebrities and politics.

During a tour in Soviet Union, he met Alona who became his wife in 1970. His two albums « Chatan Kala Mazal Tov » and « La Bar Mitzwa Mazal Tov » became successful. 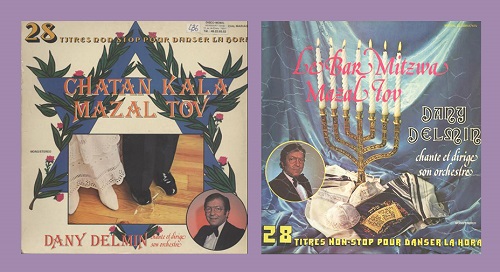 As a manager in the 1980’s, he worked with Léo Ferré, the ballet of the Paris Opera, Francis Lalanne…
Now 85 years old, he has recorded over 50 albums, though he never studied music in a formal way.

Browse the archives around Dany Delmin