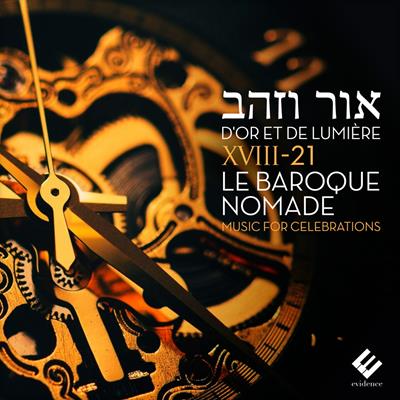 Jewish music goes all around the Mediterranean Sea and the Jewish holidays, from Rosh Hashanah to Purim. It passes also from one style to another, from baroque to Hebrew to romances Judéo-Spanish romances, from lively rhythms to melancolic melodies. Thanks to a great variety of instruments, theorbs, baroque guitars, colascione, viola da terra, viola da gamba, flutes, many percussions, each color is revealed. With its humanist and pioneer approach, XVIII-21 Le Baroque Nomade performs this repertoire in a very sensitive way, full of improvisations, contrasts, and showing all the influences that Jewish music carries.
XVIII-21 Le Baroque Nomade explores since more than 20 years the historic and cultural connexions in the European Baroque repertoire and the musical traditions from elsewhere.
Jean Christophe Frisch and his ensemble takes us one more time on a journey through history and world cultures.