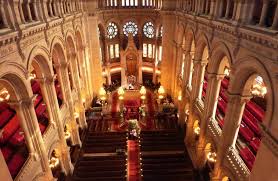 Forming over 30 linear metres of documents, the musical archives of the Great Synagogue of la Victoire represent today the most important collection of Ashkenazic liturgical music of France.

Kept in precarious conditions, these archives almost disappeared at the end of August 2011 when a big fire spread on the 4th floor of the synagogue. Fortunately the firemen arrived quickly and extinguished the fire that was contained less than 50 cm from the room where were stored the musical archives.

So we decided to protect this treasure and deposit it with specialists, the European Institute of Jewish Music, that have secured premises and the necessary tools for filing, digitalizing and archiving. »

Reached by the President and vice-President of the synagogue, Jacques Canet and Félix Loeb, the European Institute of Jewish Music set up a project to save these archives and make them available to the public. This project is born thanks to the Foundation for French Judaism, Yuval, the Regional Direction for Cultural Affairs of Paris region, the Alain de Rothschild Institute, the Foundation for the Memory of the Shoah, and the Halphen family.

In a first instance, the inventory of the archives has been done at the synagogue by a young and talented German musicologist, Martha Stellmacher, as part of the European program called Leonardo. After a short time of training in September 2011, Martha Stellmacher began under the supervision of Hervé Roten, the inventory, the first cleaning and pre-cataloging of the music holdings.

In a second part, an operation scanner digitized around 90.000 pages of this holding. This digitizing work was preceded by musicological research in order to reconstitute or to find the missing pages of certain scores.

In a third and last part, the online cataloging of the documents has been done by Yaffa Ellenberger and Rosette Azoulay. 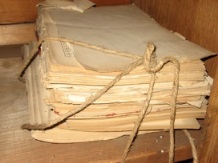 Initially planned to last 24 months, this saving project of the musical archives from the Great Synagogue de La Victoire required 5 years of intensive work which allows today to have access to 2.300 music scores, registers, musical programs… through the RACHEL catalogue. In particular, there are manuscript scores with autographs of great composers such as Fernand Halphen (dedication to the Great Rabbi Zadoc-Kahn), Henry Deutsch de la Meurthe, Léon Algazi, Vladimir Dick, etc.

These archives give an accurate overview of the evolution of the French synagogal cult from its emancipation of 1790-91 to the creation of consistories in 1806-1808.

These archives are now available on the catalog of our collections
(browse the archives from the synagogue of La Victoire)
or by taking an appointment with the European Institute of Jewish Music (contact@iemj.org)

Look at the the description of the saving mission of the archives of La Victoire and Neuilly.