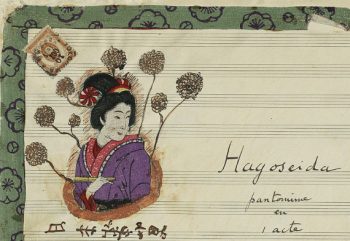 Pantomime in one act by Paul Grünebaum, 1891

This exceptional archive from the Halphen collection is a hand written music score called Hagoseida. It is a pantomime in one act by Paul Grünebaum, composed by Fernand Halphen, on November 10, 1891. The cover figures a drawing representing an Asian woman, probably drawn by the composer himself..

Fernand Halphen is best known as a composer. In particular, he wrote a four-part symphony, which was performed in Paris and Monte-Carlo, an orchestral suite, a pantomime, Hagoseida, a ballet, Le Réveil du Faune, and a hundred melodies. 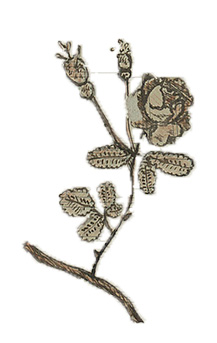 He was also interested in chamber music, with a Sonata for violin and piano dedicated to Georges Enesco and wrote a few pages for the organ. He is also the author of an opera in one act, Le Cor Fleuri, fairy tale, on a libretto by Ephraim Mikhael and André-Ferdinand Hérold, created at the National Theater of the Opéra-Comique on May 10, 1904.

Captain of the 13th Territorial Infantry Regiment during the First World War, Halphen created and directed the music of the Sixth Army. He died for France on May 16, 1917.

Watch the concert : Fernand Halphen, a composer in the Great War (MAHJ, 2014