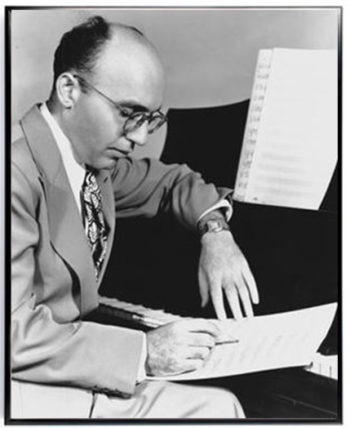 Between popular music and Jewish identity

A selection of compositions by Kurt Weill, partly inspired from Judaism

Kurt Julian Weill was a German composer born in Dessau on March 2, 1900 and who died in New York on April 3, 1950.
Son of the cantor of Dessau’s synagogue Albert Weill, he did his first essays of composition in 1913.

Kurt Weill began his opera projects in 1925. His first collaboration with Bertolt Brecht in 1927 (The Threepenny Opera) became the determining moment for his future work.
He then created a new form of popular entertainment : half way between theatre and opera, his music borrows to jazz and cabaret.

It was a pivotal time for the composer : he collaborated with the Austrian soprano Lotte Lenya, who quickly became his muse and preferred performer. Then unseperable, the two got married and formed a legendary couple.

In 1933, fleeing from Nazism, he settled down in Paris, before leaving for USA in 1935. A major work from the early times of exile is Der Weg des Verheissung/The Eternal Road, a biblical piece, that presents the history of the Jewish people.

He passed away on April 3, 1950 in New York, while working on the musical Huckleberry Finn, based on Mark Twain’s book.