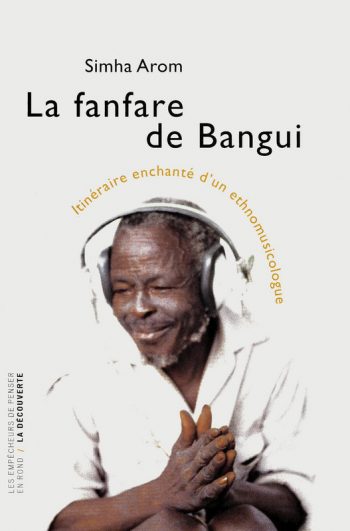 It starts like an adventure’s novel : a phone call from the Israeli ministry of foreign affairs offers, in 1963, to a horn player from the radio’s symphonic orchestra, to leave for the Central African republic, as part of a cooperation program : the president of Central Africa wants a brass band…

The brass band would never appear. But Simha Arom discovered extraordinary music, in particular those from the Pygmies, and is immediately shocked : « I felt their music came from past ages, but also, in a certain way, from the deepest of myself. However, I couldn’t know them, as I had never heard such music before. It was breath taking. How did they do it ? I was stunned. » In order to understand, Simha Arom took a long journey in Central Africa. He invented new research methods, created a museum of popular arts and traditions, and did many recordings. He would become an world known ethnomusicologist.
From the forest where lived in harsh conditions the Pygmies, to the stages of music festivals in Europe where they now perform, Simha Arom tells us about these encounters that changed his life.

Simha Arom, horn player and musicologist, is a research director in the CNRS. he received a silver medal from the CNRS (1984) and four times the the Grand Award of the Académie Charles-Cros among which the award of the President of the Republic. In 2008, he received the Koizumi Fumio Prize for Ethnomusicology (Tokyo) and the international award of the Fondation Fyssen.