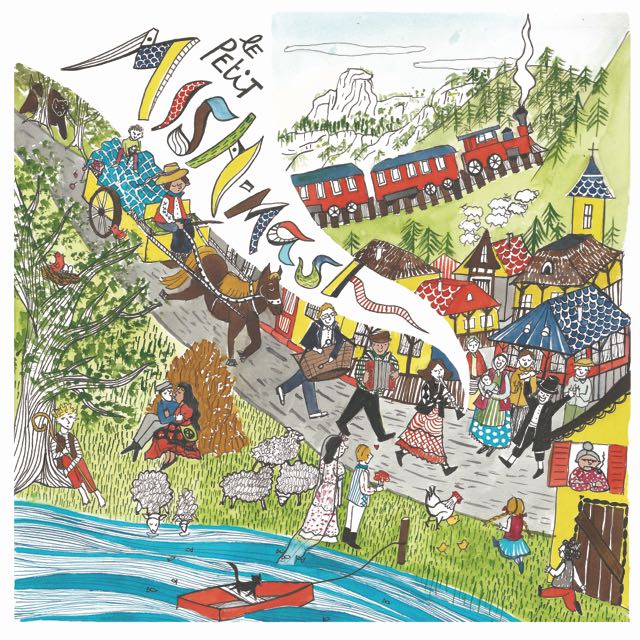 The tracks of this record draw their inspiration from songs of Romania. Sweet Bessarabia, former province of Moldova, this rich and multi-cultural area, fertile ground for an important part of Ashkenazi culture. The professional musicians of that time, Jews or Gypsies, roamed the region to practice their art, peddling the local repertoires, carrying sometimes with them a specific melody found on the way, weaving links through the multiple repertoires that were played… The traditional Klezmer, Moldovan and Gypsy repertoires that have survived till today are a witness to this exchange.

It is by following this theme that Marine Goldwaser, musician of the new Klezmer scene, experienced a profound connection to the music of Romania, which resonated with the Klezmer melodies with which she was surrounded by as a child in her father’s Yiddish theater. After coming back from a trip to Bucharest, she teamed up with cymbalum player Mihai Trestian, a concert artist trained at the Conservatory of Chisinau (Moldova), and Gypsy accordionist Adrian Iordan, a multitalented artist originally from Bucharest, to give birth to the trio the Petit Mish-Mash.
In Yiddish as in Romanian, mish-mash means a mix or melting pot; this is what characterizes this trio, halfway between the Moldovan, Gypsy and Klezmer musical cultures. Immersed in these repertoires of multiple identities, they offer an unprecedented and refreshing interpretation.

This is the playful catchphrase used by Le Petit Mish-Mash as an excuse to take us on a quirky journey in pursuit of a wandering melody.

Learn more
Purchase the CD on the EIJM’s online shop 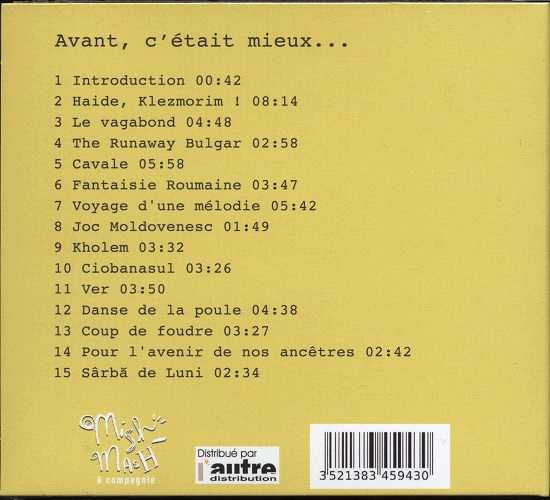