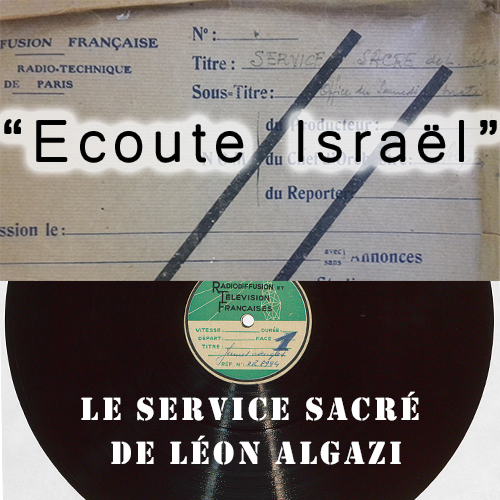 Écoute Israël, a radio program of the ORTF in 1954, hosted by Léon Algazi

Ecoute Israël was a weekly radio program of the ORTF, produced and hosted by Léon Algazi between 1948 and 1971. It appeared after the program La Voix d’Israël that the latter had created in 1929.

This archive allows us to listen to the full Saturday morning Sacred Service by Léon Algazi, for solo, choir and organ, broadcast on the radio the 1st of January 1954. The performers were Marie-Louise Girot (organ), Emile Kaçmann (bass), Eli Taub (tenor) and the vocal ensemble La Voix d’Israël conducted by Léon Algazi.

The Sacred Service was composed after a request from Temple Emanu-EI of New York and its music director, M. Lazare Saminsky. Léon Algazi conducted the first performance of his work in February 1952, in Temple Emanu-EI, during a Saturday morning service.

In order to reconstitute the totality of the work, we had to do an audio editing. The pyral discs weren’t recorded one after the other : thus, the disc 3, for exemple, features part 5 on side A and part 7 on side B. 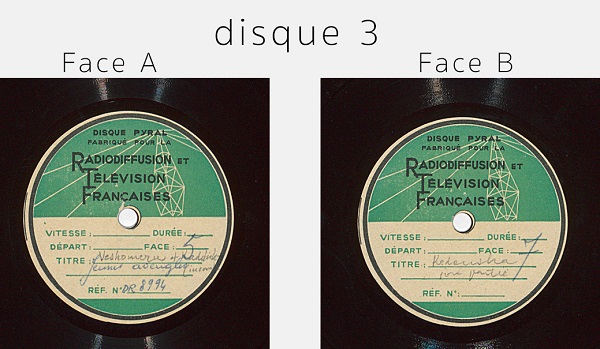 Editing of the tracks :

The digitized files were then restored with the equipment of the EIJM, to improve the quality of listening.

A few notes on the “pyral” discs :

The « pyral » discs are in fact the most spread brand of acetate discs produced by the Pyrolaque company. They are metallic discs (in aluminium for the most) coated with shellac (of acetate type) to allow the chisel to engrave more easily the grooves on the disc.

The first Pyral discs had a speed of 78 RPM, but had thinner grooves than the classical 78 RPM discs. They were produced in the beginning of the 1930’s until the middle or the 1960’s, and weren’t made for selling.
A tag is put in the center of the disc to write manually the informations of the disc.

Its main disadvantage is its fragility : it doesn’t last long for conservation, as the shellac tends to crack. This material is also very sensitive to moisture. 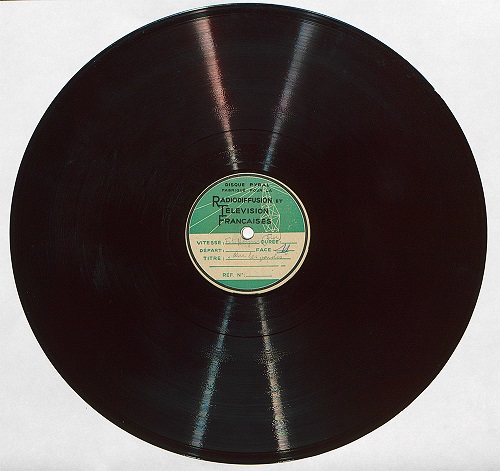 The 8 pyral discs of the 1954 program were probably recorded live, which makes them unique recordings.