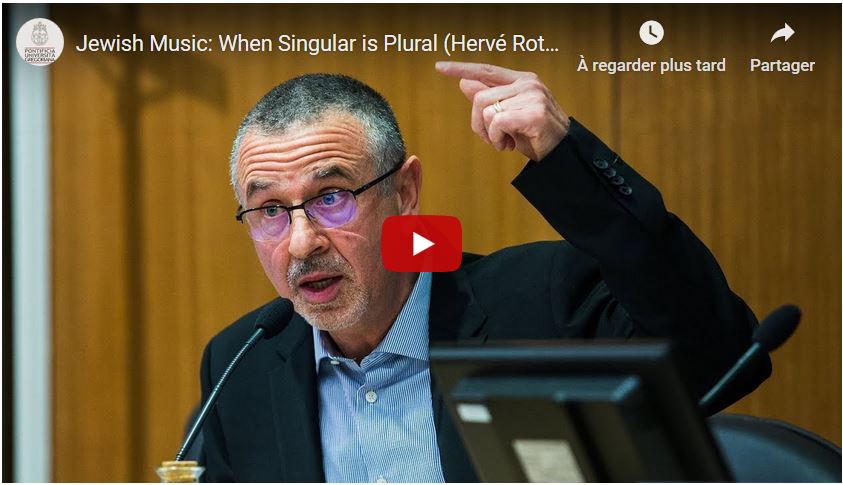 Lecture by Hervé Roten on the singular plurality of Jewish music given on November 6, 2019 at the Pontifical Gregorian University in Rome (Italy), as part of the session Art as/in Dialogue: Jewish and Christian Music.

During the year 2019-2020, the Cardinal Bea Centre organized three lectures on the subject of art in dialogue, especially music, literature and visual arts.

It’s in that context that Hervé Roten, ethnomusicologist and Director of the European Institute for Jewish Music, gave a lecture on the unique plurality of Jewish music.

His counterpart, the musicologist and theologian Philippe Charru, Chief of Department of Aesthetics of the Centre Sèvres – Facultés Jésuites of Paris and holder of the grand organ de Saint-Ignace, presented during his lecture a comparison of Bach’s Incarnatus est and Mozart’s, to show how musical composition itself captures religious conceptions other than Christianity.

Moderator: Claudio Procaccia, Director of department of Jewish culture in the Jewish community of Rome.

More on the conference