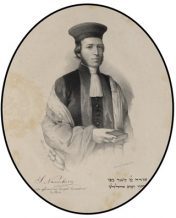 Born on March 15, 1817 in Dennenlohe, in Bavaria, Samuel Naumbourg came from a long lineage of famous cantors. As he entered the synagogue at a very young age, he learned the cantorial art in South Germany. Later on, he studied singing and composition in Munich. He took part in the choir of the town’s new community, under the supervision of Maier Kohn.

A pioneer in ethnomusicology, he started to gather and to write an important part of the Ashkenazi oral tradition of South Germany.
Called to Strasbourg, he conducted the community’s choir from 1838 to 1843, and then in Besançon from 1843 to 1845. 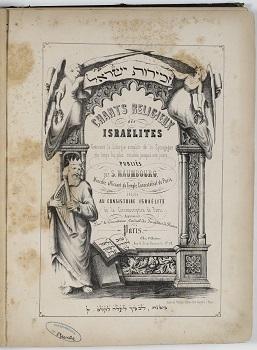 In 1845, he was appointed to the cantorship of the consistorial temple in Paris, with the recommandation of Fromental Halévy, and a trial period of one year. Samuel Naumbourg wanted to return the pomp divine service that it deserved. He started to reform a choir that he led with success, and for which he composed new tunes. 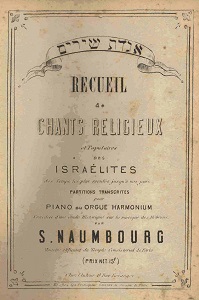 In 1860, Naumbourg was appointed liturgical singing teacher at the Jewish Seminary. In 1865, after the passing away of Cantor Isaac David, he became first cantor. He kept this position until summer 1878 when he fell deeply sick, which kept him away from the synagogue until his death, 18 months later, the 1st of May 1880. Samuel Naumbourg was buried in the Parisian cemetary of South-Montparnasse.