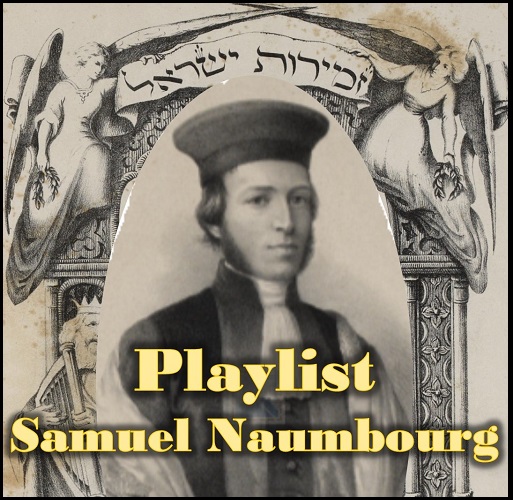 A selection of liturgical compositions by Samuel Naumbourg, one of the main reformers of the French Consistorial cult in the second half of the 19th century

Born on March 15, 1817 in Bavaria, Samuel Naumbourg learned cantorial art at a very young age. He studied singing and composition in Munich and took part in the town’s new community’s choir. A pioneer in ethnomusicology, he started to gather and write an important part of the Ashkenazi oral tradition of South Germany.

Between 1838 and 1845, he led the synagogal choirs of Strasbourg and Besançon’s communities.

In 1845, he was appointed to the cantorship of the consistorial temple in Paris, with the recommendation of Fromental Halévy, at a trial period of one year. Samuel Naumbourg wanted to give back to the divine service the pomp it deserved. For this, he continued the changes that started, a few years earlier, Israël Lovy (1773-1852) by recreating a choir that he led with success for several decades, and for whom he composed new tunes.

He passed away the 1st of May 1880, leaving for posterity four important synagogal music collections written between 1847 et 1874, mainly for soloists, choir, with accompaniment of the harp, the piano or the organ.

For this, Naumbourg can be considered as one of the precursors of the reform of the French Consistorial cult.