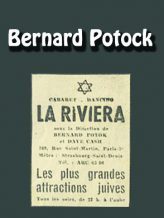 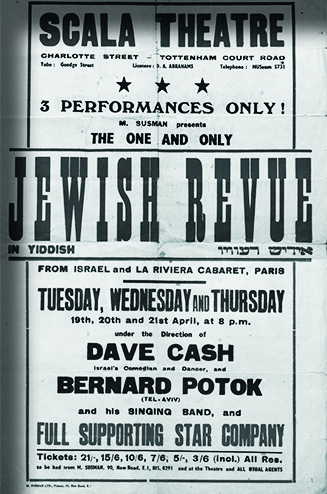 We know very little about Bernard Potock. Beginning in 1938, he played the trumpet in Stanislaw Laudan’s jazz orchestra “Banda” in Krakow, Poland.
He spent the Second World War in the USSR, where he played in nightclub orchestras.
After the war, he passed through Paris, where he conducted the orchestra in the cabaret La Riviera, hosting shows with Dave Cash during the 1950s. He played the trumpet and the accordion. Later on, he emigrated permanently to the United States.

Purchase the CD Jewish Music in Paris in the Aftermath of WWII – Elesdisc 1948-1953.

Browse our archives on Bernard Potock