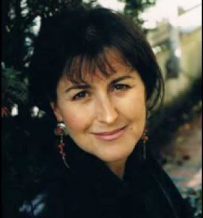 With her songs, Marlène Samoun offers a warm and renewed vision of a varied repertoire where Mediterranean Jewish melodies are placed alongside Eastern Europe songs, jazz standards and gospel. From Cordoba to Istanbul, from Tetouan to Salonika and to the deep South of the United States.

With this desire of creation and exchange, she continues her dialogue with her musicians, Pascal Storch at the guitar and percussions, and Rachid Brahim-Djelloul at the violin and voice … 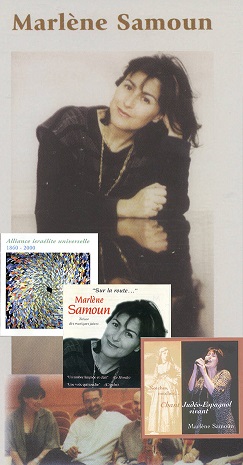 Two albums, « Notches Notches » and « Sur la route » (On the road) were dedicated to religious and secular Jewish music from medieval Spain, North of Africa, Eastern Europe and from the Balkans.

Marlène Samoun was solist in jazz orchestras, in a Gypsy classical choir and in a gospel band.

Browse our archives on Marlène Samoun