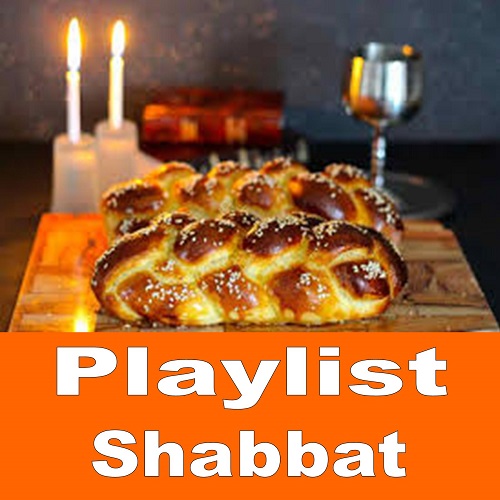 The Shabbat, the day of rest, is a very important event of Jewish life. And the songs that rhythm this particular day hold a major place, at the synagogue with the five services from Kabbalat shabbat to Motsei shabbat, as well as at home with the rituals of lighting the candles, the Friday night Kiddush (blessing of the wine), the Birkat hamazone (prayers at the end of a meal), or the Havdala (last Kiddush which closes Shabbat).It is also a custom to sing, during the four Shabbat meals, several religious poems called Zemirot (or Tish nigunim by the Chasidim).
The Shabbat allows thus to find our inner route by the means of our outer voice.

The following playlist features a selection of Shabbat songs from the Portuguese and Comtadine rites.
The Jews from the Comtat Venaissin (Carpentras, Avignon, Cavaillon and l’Isle-sur-la-Sorgue), who were never more than two thousand, originate of Jews from Languedoc and Provence who were expelled from the French kingdom in the 14th and 15th centuries; thus their rite is the one that anchors its roots the most deeply in French soil. Rituals, first hand written, then printed in the 17th century, helped us to keep the prayers used at the time. But songs, being passed on only orally, would have completely disappeared if they hadn’t been collected, in 1885, with the initiative of the great rabbi Jonas Weyl and the Israelite Consistory of Marseille, by two Israelites from Aix en Provence, Jules-Salomon and Mardochée Crémieu, who gathered them in a book called Chants hébraïques suivant le rite des communautés israélites de l’ancien Comtat Venaissin.
The Portuguese rite is related to the history of the Marranos, the Jews who were forced to convert to Christianism from 1391. Suffering from the persecutions of the Spanish and Portuguese inquisitions settled in 1481 and 1536, several hundreds of Marranos would join the already existing Jewish communities (like in Amsterdam, London, Livorno, or Hamburg) where they openly came back to Judaism. Others, hidden under their Christian identity, settle down in Bordeaux, and in the Bayonne region, in the middle of the 16th century. Afterward, exchanges – in particular commercial exchanges – would take place between the various Portuguese communities and the usage of this rite would extend to New York and the Dutch colonies, such as Curaçao.

Note that most of the songs of this playlist are accompanied by music instruments, which was not the case during Shabbat in most of synagogues. One can hear, in some of these Portuguese tunes, the influence of Western music from the 18th and 19th centuries.