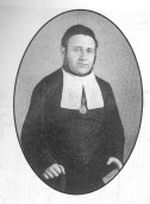 Engaged in a PhD research work, Hervé Roten studied during seven years the music of the Judeo-Portuguese communities from all sides. He collected precious information, and his thesis that was defended in 1997 gives us the core of it. This work was rewarded by the Zadoc-Kahn Association Award in 1998 and published by Maisonneuve & Larose Editions in 2000.

For almost eight centuries, the Iberian Peninsula was a place of meeting for the Christian, Muslim and Jewish religions. From the 11th to the 15th century, the Christian kings progressively reconquered Spain ; on their way, they persecuted or forced to convert many Jews and Muslims. Thus in 1391, entire Jewish communities were exterminated, children sold as slaves or converted. However, refusing this imposed baptism, many conversos continued to practice Judaism in secret. In 1492, the Jews were expelled from Spain ; a majority found refuge in Portugal. This hospitality would not last long. Following the decree of the Portuguese king Manuel 1st, those refugees would also be exterminated or forced to convert in 1497. The expell of Jews from Navarre, in 1498, spell the end of Jewish communities on the Iberian soil, after 13 centuries of uninterrupted presence.
Many crypto-Jews stayed neverthless in the peninsula. Those conversos, called more pejoratively Marranos in Spanish or Marraos in Portuguese, suffered the persecutions from the Spanish and Portuguese inquisitions, settled in 1481 and 1536. Fleeing from the auto-da-fés, several hundreds of “Marranos” joined the existing Jewish communities (like in Amsterdam, London, Livorno, or Hamburg) where they would openly go back to Judaism. Others, hidden under their Christian identity, settled down in Western societies. The new Christians who settled in Bordeaux, and in the Bayonne region, in the middle of the 14th century, belong to the second category.
The history ot these “Marranos” communities in the South West of France, was already the subject of many historical studies, but their musical traditions have never been researched in a complete way. This work should allow to fill in this gap.
First of all, we tried to resituate the musical practice of the Judeo-Portuguese communities in Bordeaux, Bayonne and later in Paris, in their historical, musical and religious context. Having arrived in South West of France around 1550, the new Portuguese Christians had to wait over two centuries before turning back openly to Judaism. During this troubled time, some testimonies prove the existence of a religious and para-religious musical practice, of which the core remains totally unknown, musical notations being absent. In the 19th century, the emancipation of Jews from France and the creation of the Consistory by Napoléon Bonaparte favored the emergence of a polyphonic choral practice, of which written traces have been kept. The written documents which were used for this study come from that period. Afterward, a few cantors and choirmasters wrote down many tunes of Judeo-Portuguese prayers. In the 20th century, a demograhic decline caused a disaggregation of the communities from Bayonne and – in a lesser extent – from Bordeaux ; those communities would be saved in extremis by the arrival of Jews from North Africa in the 1960’s. Facing the oblivion which threatens then the Portuguese rite, a mission of systematic recording was launched in the beginning of the 1980’s by several researchers of the C.N.R.S., the Hebrew University of Jerusalem and the Yuval association.

The documentation that was collected gathers more than a hundred audio cassettes and ten collections of sheet music. These sources, which trace down almost two centuries of uninterrupted musical practice, offer a diachronic and synchronic vision of the Judeo-Portuguese musical traditions in France. They also raise many issues. Indeed, while some informants insist on the differences between the Bordeaux, Bayonne and Paris rites – and knowing that there always was an organic link between these three communities – does this distinction really occur ? In other words, are the musical traditions from Bordeaux, Bayonne and Paris different or is it a unique tradition with local variants ? Also, was there any transformation of the prayers during the two last centuries ? Does one remark, in a diachronic point of view, a continuity or evolution of the traditions from Bordeaux, Bayonne and Paris, from 1812 until today ? Finally, what are the relations among these traditions between the spoken and the written ? Do their encounters react on the mode of identification or differenciation, on cohabitation or confrontation ?

Facing the extent and heterogeneity of the documentation, one had to choose a small but homogenous corpus. The synagogal music is organically linked to the various liturgical events of the Jewish year ; a group of tunes coming from a same religious event – here the New Year celebration (Rosh Hashanah) – has been focused on. By many aspects – in particular for the distribution of oral or written documents in the three Portuguese communities and the number of documents from each community – the prayers from this festival constitute a coherent corpus.

Once this corpus selected, we proceeded to many transcriptions. The transcription of music from oral tradition does not have the same imperatives as those of civilizations who know the musical notation. As a result of the variability of musical events, it has to favor the descriptive aspect and highlight the structure of the tune rather then the proliferation of its details. The paradygmatic transcription initiated by Nicolas Ruwet, Gilbert Rouget and Simha Arom, allowed to put to light the musical systematics of the tunes from Rosh Hashanah.

We thus concluded in the image of a functional music, inside a tempered system. The form of the prayers is related to the articulation of the text : when this one is metric, a melodic unity – composed of a verse or stanza – is repeated in a regular way ; on the opposite, the music procedes by variations and/or intercalations of formulas in order to establish a correspondance between musical and liturgical syntax. These two formal procedures affect the majority of prayers.

The melodies are generally linked to the modality. After having defined what implies this word, we determined that prayers of Rosh Hashanah used four modes, each one defined by a motive of cadences linking its recitation to the finalis. Following the length of the text, this motive can be contracted or amplified. It can also be splitted and give birth to other melodic parts following a principle of formula division. The formulas thus created are organized around a motive of cadences – a true meta-formula – and borrows from it its melodic contour. Sometimes, they reduce themselves to simple embroidery which wave around their final note.

If the formulas are often identical from one prayer to the other, their position in the statement changes according to the mode which is used. This music is thus regulated by the application of a process of centonisation.

The non-measured prayers are built with prototypical musical formulas which come one after the other in an order determined by the mode of the tune and the structure of the liturgical text. The cadential formula generally ponctuates the end of phrases ; it is eventually preceded by a semi-cadential formula which can itself be preceded by other types of formulas (signaletic, median, inserted, amplifying or initial).

The measured prayers use the same formula material as non measured prayers. Each piece – which are generally of strict reiterative form – are composed of a simple tune, easy to memorize.

After having analysed the musical systematics of the liturgy of Rosh Hashanah, we did a comparative study of other pieces of the corpus. The setting in paradygm of several versions -oral and written ; from Bordeaux, Bayonne and Paris – of a same prayer allowed to establish that the traditions of the three Judeo-Portuguese communities come from a unique tradition compounding various local variants, in particular between the liturgy of Bordeaux and Bayonne – the liturgy of Paris being more or less the same as the one of Bordeaux.

We also noticed that the choral arrangements and the harmonisation of traditional melodies, in the beginning of the 19th century, introduced significant changes in the Judeo-Portuguese religious music : some modal prayers have been “tonalised” by the adding of alterations ; other pieces with free rhythm were imposed in a strict rhythmic framework. The recitatives – numerous in the liturgy – generally avoided this tonal treatment. However some clues – like sometimes the alteration of the note preceding the finalis or embroideries by chromatic half-tones – show, even in this repertoire, a certain influence of the tonality.

The Judeo-Portuguese musical traditions have thus evolved with the writing of it. Paradoxically, it’s the written aspect which is considered today as the keeper of the Judeo-Portuguese authenticity. The cantors who are today serving the communities of Bordeaux and Paris, learned an important part of the Portuguese liturgy with the help of sheet music. The oral aspect thus comes down from the written. It has not however disappeared. Under the influence of worshippers and cantors from North Africa, the Portuguese rite continues its route which brings it back to the borders of the Mediterranean sea.

Expelled from the Iberian Peninsula, this rite first developed on the coasts of the North sea before going back down to the Atlantic. Thus, when is heard on the recordings a song such as (Leel elim), known to be traditionnally from Bayonne, belongs in fact to the 18th century repertoire of the Amsterdam community, one can better understand the cultural and historical exchanges that took place between those two cities at the time.

Through these exchanges is profiled the problematic inherent to Jewish music. Coming from the Hebrew antiquity, this music enriched during centuries of multiple exogenous layers, the result of travels of people in search of a welcoming land. The Judeo-Portuguese musical traditions of Bordeaux, Bayonne and Paris do not escape this faith.