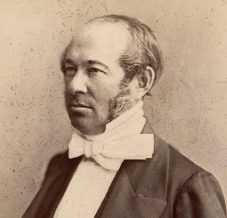 Isaac Strauss was born as Emmanuel Israel on June 2, 1806 in Strasbourg. His father was a barber, who used to play violin on occasion of weddings, and festivals and he probably gave their first music lessons to his two sons, Maurice (Moïse) and Isaac. Together with Simon and Salomon Levy, the two brothers founded a string quartet and soon left Alsace for Paris.

On January 31, 1828, Strauss joined the violin class of then-renowned Pierre Baillot at the Conservatoire, but he was forced to interrupt his studies 18 months later since he had to earn his living. He obtained a position as a violinist at the Italian Theatre, where Rossini’s operas were still performed. Strauss and Rossini became close friends : Strauss dedicated a series of walzes to Rossini and attended his funerals. In 1981, Claude Levi-Strauss, his great-great-son, recalled : “My grand-mother used to tell us that, when she was 7 I think, because Rossini had laid a kiss on her forehead, she pledge never to wash her face again to keep the mark of his divine lips intact.” 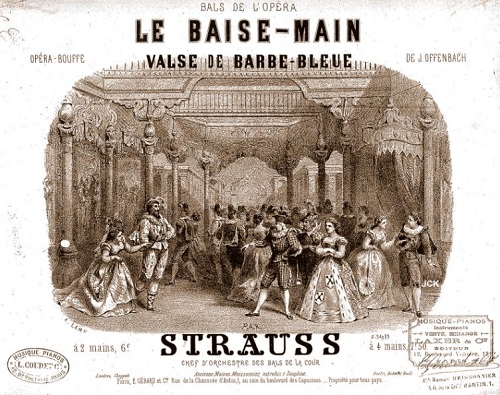 However, being a violinist at the Italian Theatre was not enough to earn a living and Strauss and his quartet had also to perform in rich salons and in theatre ballrooms. In the summertime, they would play in spa towns, such as Plombières (Vosges) and Aix (Savoie). Strauss also conducted ballroom orchestras: in 1842, his name for the first time appeared in the music press: that year, indeed, he conducted the masked balls organized at the Opéra-Comique. It appears that at the time, Isaac was confused with Viennese composer Johann Strauss, which prompted Berlioz to write an article about the two Strausses. 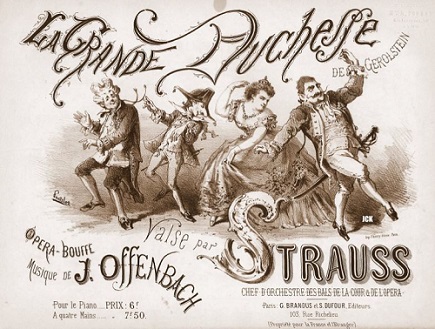 In summer 1842, thanks to acquaintances he struck up in Aix (which still belonged to Sardinia), his reputation developed beyond France: he was chosen to perform at the royal wedding of the duke of Savoie, the future king of Italy Vittore-Emmanuel II: on that occasion he hired and conducted an orchestra made up of 115 musicians at the Court of Genoa.

His reputation had increased to such a high level that King Louis-Philippe’s Minister of Commerce, who wanted to develop the spa town of Vichy, offered him the position of Director of the casino. Strauss agreed to solely supervise the recreational programmes under the condition of having extensions built to the spa facility. Strauss played an important role in the development of Vichy as a spa town (between 1852 and 1865, the number of spa clients grew from 5,000 to 25,000). In 1858, he had there a comfortable house built, which is known as Villa Strauss today. In 1861 and 1862, he hosted Emperor Napoleon III who took the waters in Vichy. 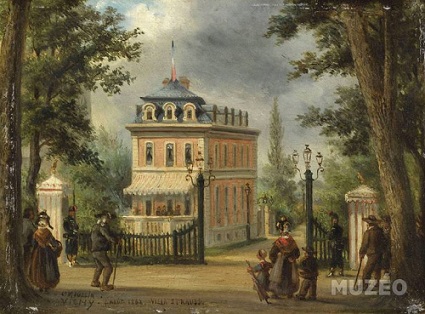 As Director of Vichy’s Casino, Strauss racked up a string of successes: in 1846, he organized a ball during the double two weddings held at the Madrid Court of Madrid the very same day (Isabelle II of Spain married her cousin, and her sister Dona Luisa the Duke of Montpensier, Louis-Philippe’s youngest son). He composed the waltz entitled The Double Wedding as well as a waltz in honour of each of the brides (Luisa Walz, El Besamanos). The queen offered him a ruby and diamond ring which his grand-daughter Henriette Nizan would later, during the Occupation, throw into the fire by mistake, since she was cornered by the Germans.

In December 1847, Strauss was hired to succeed Jean-Baptiste Tolbecque as director of the Court balls and, after the 1848 Revolution, his fame was so firmly established that he was chosen to organize musical festivities aimed at celebrating the Republic in Versailles. Louis-Napoléon, then Emperor Napoléon III, maintained his appointment as Court ballroom director until Strauss resigned in December 1869. He composed the Imperial March played on the occasions of sovereigns’ solemn entries. Finally, Strauss reached the final step in his ascent in 1854 when, succeeding Philippe Musard, he was hired to organize the masked balls of the Opera until 1872.

Strauss merely composed music for balls (primarily waltzes, polkas, and quadrilles), dedicated to the most important political members and artists of his time. Nowadays, his name has fallen into oblivion, always being confused with the Strausses of Vienna. He is only remembered as an art collector, above all for his Judaica collection, today visible at the Musée d’Art et d’Histoire du Judaïsme in Paris.

Watch the video on the Study day on Isaac Strauss, which took, place on November 18, 2018 at the MAHJ (in French)

Learn more on the polka Chanukah by Isaac Strauss