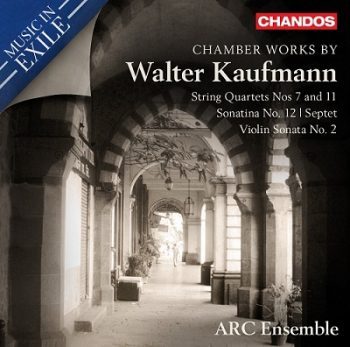 Fourth opus from the serie Music in Exile, the CD Chamber Works by Walter Kaufmann, released by Chandos on August 28, 2020 makes us discover the unfairly forgotten work of a Jewish Czech composer who fled Nazism in 1934…

Walter Kaufmann takes part in the long list of European Jewish composers who were ostracised and forgotten with the rise of Nazism and the societal turmoil that followed the Second World War. 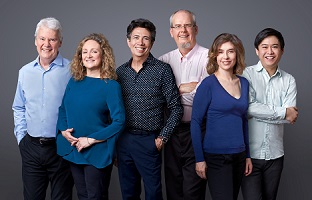 The destiny of this composer, conductor and musicologist is fully described in the booklet of this cd, richly documented by Simon Wynberg, director of the Ensemble ARC (Artists of The Royal Conservatory), created in 2002 and settled in Canada.

Walter Kaufmann was born on April 1st, 1907 in Karlsbad, a spa resort, very popular in the Austro-Hungarian Empire, and which would be connected to Czechoslovakia after the first world war. Particularly talented for music, he entered after high school the Berlin’s Musikhochschule, where he learned composition with Franz Schreker and musicology with the pioneer of this subject, Curt Sachs, who taught him in particular music from India. In 1933, while working on a musicology PhD in the German University of Prague, he discovered that his thesis director supervised a group of Hitlerian youth. He thus decided to leave Prague, and after obtaining a visa for India, boarded for Bombay in February 1934. His wife would follow him a few months later. The rest of the family, who did not believe in the persistence of the Nazi movement, would be for most of them killed during the war.

In Bombay, Kaufmann was hired by the All India Radio (AIR) to be director of European music. In 1936, he composed the opening credits of this radio, of which the melody is still known today by hundreds of millions of Indians, who haven’t the slightest idea that this music was the work of a young Czechochoslovakian Jewish refugee ! In India, Kaufmann met the young violonist Mehli Mehta, whose son Zubin Mehta would become later on one of the best conductors in the world, and who worked a part of his carreer in Israel. Kaufmann also composed several film music works for the emerging film industry in Bombay, the future Bollywood.

Dreaming of making a carreer on Broadway or Hollywood, Kaufmann embarked for New York in December 1937. He came back to India, two years later, as he did not succeed in the American eldorado. At the end of the war, on August 30, 1946 precisely, he left for London. But his attraction for America was still strong, and he left again for New York on August 17, 1947. In September 1948, he was entitled conductor of the Winnipeg Symphony Orchestra (Canada). He made this orchestra become a professional ensemble, performing many concerts in which he played several of his works. He was also interested in teaching, in particular to the young people.

In 1956, he was finally proposed a position in the music school of Indiana’s University, in Bloomington, USA. There he published his research on the music of India, in particular in the book Musical Notations of the Orient. Walter Kaufmann then became internationally acknowledged as a musicologist, teacher, conductor and composer. He passed away from heart failure on September 9, 1984, aged 77 years old.

His work, for the most part kept in the library of Indiana’s University in Bloomington, is composed of about a hundred pieces of music, touching all genres : symphonies, operas, concertos, vocal or instrumental pieces… The music style of his work reflects the personality and route of this exceptional man. We can find influence from Indian music and its modes (ragas), mixed to reminiscences of Debussy, Bartok, Stravinski, but also of Bohemian and klezmer music !

This CD is part of a serie called Music in Exile, which includes up to today three discs dedicated to the chamber music works of Paul Ben-Haim (release : 2013), Jerzy Fitelberg (2015) and Szymon Laks (2017). 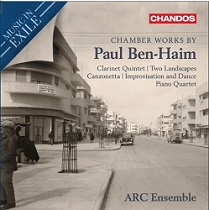 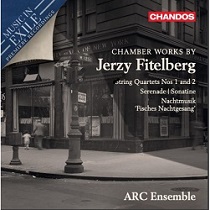 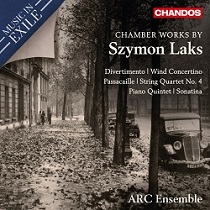 Paul Ben-Haim (1897-1984), who was born Paul Frankenburger, and who fled Nazism, emigrated to Palestine in 1933, where became one of the most famous Israeli composers. The ARC Ensemble performs in particular in this CD the Piano Quartet, op. 4, who had not been played since 1932.

Born in Warsaw, Jerzy Fitelberg (1903-1951) showed an undeniable music talent at a very young age. A graduate of Warsaw’s Music school, he continued his composition studies from 1922 in Berlin’s Musikhochschule, in particular with Franz Schreker. In 1933, he fled Nazi Germany to settle in Paris, before exiling once again in America in 1940. Settled in New York, he continued to write music. As his reputation got strongly established, he obtained the American citizenship in 1947, four years preceeding his death. His work, constituted of more than 80 pieces, has partly fallen in oblivion. This CD lets us discover five chamber music works composed between 1921 and 1943.

After having followed music studies in Warsaw’s Music school, Szimon (Simon) Laks (1901-1983) visited Vienna before settling down in Paris in 1926. He studied composition with Henri Rabaud and Paul Vidal. In May 1941, Laks was arrested and sent to Pithiviers’ camp, before being deported fourteen months later to Auschwitz-Birkenau. He was entitled head of the camp’s orchestra, which would allow him to survive. This traumatising experience, that he wrote down in 1948 in his book Music of Another World (republished later under the name Auschwitz Melodies), marked his entire life. Simon Laks is the author of about twenty compositions, including some lost ones, in various genres : film music, chamber music and even an opera (L’Hirondelle inattendue). Few of his works refer to the Holocaust, except his Elégie pour les villages juifs (1963) which regrets the disappearing of Jewish life in Poland.