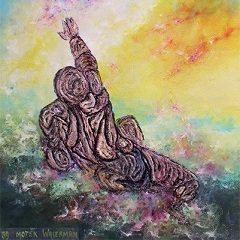 The best Israeli songs of Yom Hazikaron, in tribute to the soldiers who died for Israel

Yom Hazikaron (full name in English : « memorial day for the fallen soldiers of Israel and victims of terrorism ») is a ceremony established by the state of Israel in the second half of the 20th century, to pay tribute to the soldiers who died for their country. The commemoration, which precedes the day of Independance of Israel (Yom haatsmaout), was then spread to all the people who died for Israel and to those who were killed because they were Jewish or of Israeli nationality since 1945.

This commemoration is usually held on the 4th of Iyar (between mid-April and mid-May) and is a time for various ceremonies of remembrance, among which the closure of all leisure areas, and the ringing of sirens. It is celebrated by all Jewish Israeli people.

Here are some of the best songs dedicated to this day.